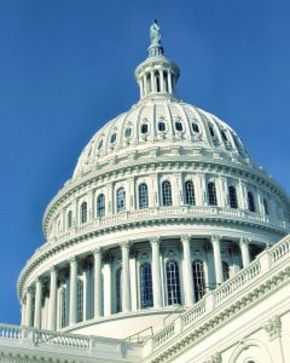 The USA is one of the most visited tourist destinations in the world for a good reason. With tourist attractions like Times Square, Empire State Building, Disneyland, Niagara Falls, Great Smoky Mountains etc, there is something for tourists of all age groups. Its glittery cities along with serene locations offer a great variety for your holiday.

The Public Education system in the United States is operated by the state and local governments. The US holds a literacy rate of 99%. Needless to mention that the country has a fabulous network of air transport with connections to very corner of the world. The road systems and the rail systems that constitute the transport infrastructure of the United States are good, and the government has been pumping in more funds to improve it further.

The United States is a multi-cultured nation, since it is home to a large variety of ethnic groups. People from all parts of the world have contributed to the culture of the US since the country is among the largest employers of the world.

The US was a Jazz hub during the early 1940s. The hip hop, punk rock and Indie rock all started in the United States. The people of the country love to experiment with their clothes and style. Baseball is regarded as the national sport of the United States, with college football and basketball also attracting equally large audiences.

Things about United States you may be interested in

Juneau travel guide presents important facts about the city located in the Alexander Archipelago on both sides of the Gastineau Canal and at the foothill of Mount Juneau. Gustavus and Haines are in the proximity.  Read more »

Johnson City, Tennessee, was formally founded as ‘Johnson’s Depot’, a railway station/junction, in 1856. Although this was the real beginning of Johnson City history, the area had been settled back in 1777, when a community named Blue Plum came up here following the North Carolina land grants made to volunteers....  Read more »

Medford, Oregon, is quite an interesting touristic destination. Medford is the nearest big city to the Crater Lake National Park. The city is also famous for its festivals – Art in Bloom Festival, Medford Jazz Jubilee, Oregon Shakespeare Festival and crop/wine festivals like Oktoberfest/Harvest Fair and Microbrew Festival – festivals that draw people to Medford not only from nearby cit  Read more »

Pasco, the oldest city of the Tri-Cities metropolitan area of Washington, was officially incorporated in the year 1891. This is generally ear-marked as the starting point of Pasco history, but the Pasco-region had been inhabited by humans quite long....  Read more »

Pasco may not be as big or as famous as a city like Olympia or Seattle but this does not belittle the city’s significance as a tourism destination. Pasco is not far away from sights like the Wallula Gap or the Hanford Reach National Monument but the city itself has enough to keep you busy for a short break....  Read more »