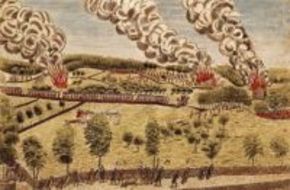 Massachusetts, in a rough translation meaning “at the range of hills”, is located in the northeast of the United States on a small area having around 6,5 million inhabitants which makes it the most populated in New England. It is divided in 14 counties having 53 cities and almost 300 towns.

The state is rich in forests that cover 62% of its area and host numerous wildlife among which the coyote, raccoon, moose, etc

Boston’s metropolitan area is the most important urban centre, Boston being the capital city of the state.

The first European settlers were the English who looked for religious freedom. They established three important settlements, Boston being among them. The state was soon known to be as the Cradle of Freedom due to the revolutionary spirit of its inhabitants.

Its economy was based on agriculture and manufacturing and was a prosperous one, but in the 20th century it went into decline, but came round in 1970 with the high-tech industry and educational institutions that kept becoming more and more prosperous.

Most of the present inhabitants embrace the religion of Roman Catholicism, 44% of them, even if the first settlers were puritans. Protestants still occupy a high position as a fourth of the population are Protestants.

The most popular outdoor activities are sailing, yachting, hiking, skiing, fishing and hunting.

Bedford is a city located in the Middlesex county of Massachusetts in the United States of America. The city of Bedford is surrounded by Merrimack Valley and falls under the area of Greater Boston.  Read more »

Nightlife in Springfield simply showcases its vibrant and rich native culture where music is an integral part of life. Along with this, here nightlife is also favored with the rich blend of international travelers that generally flock to this picturesque island city....  Read more »

The city of Springfield is located in Massachusetts and it is one of the most sought after locations by tourists from across the globe. While on a stay at the city there are various sights that you should not miss. Let us have a look at some of the places, which are always flocked with tourists:  Read more »

Springfield, MA is a very attractive tourist destination for many holiday goers. This city, which is located on the banks of the river Connecticut, is definitely a good place for professional and personal gatherings. A brief overview of the city will make it easier for people planning a visit to the city and enjoying every moment of their stay.  Read more »

Worcester is a county town and a city of Worcestershire, West Midlands, England. It is situated in the central Massachusetts and is about 72 km westwards of Boston. This town was established on 14 June, 1722 as a town and was given the status of a city on 29 February, 1848. Having over 172,648 residents, it accounts as the second most largest of the cities of New England. ...  Read more »