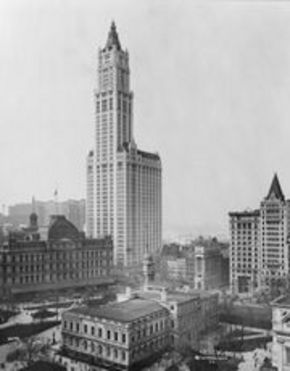 New York State tourism means a lot – natural tourism, cultural tourism, adventure tourism and thousands of simple things to do. Speaking of natural sights, the Niagara Falls (shared by the state with Canada) is undoubtedly the chief attraction of New York State but there are other lures in the form of picturesque lakes, beaches, islands, mountains, rivers and valleys, the many State Parks, etc. Most of these natural destinations come with the promise of varied recreational activities, right from backcountry camping and wildlife viewing to hiking/biking/skiing in mountainous trails and boating, fishing and more. The state’s cultural attractions like the Statue of Liberty, the many galleries and museums, events and festivities always make you feel that New York tourism demands more time. Then there are the cities to complete your satisfaction with the lures of fine dining, shopping and spas.

Albany: Albany, the capital city of New York State, is a must-visit because of its architectural diversity. Many of the governmental buildings like the New York State Capitol, Albany City Hall, the Empire State Plaza, and others are no less than marvels of various architectural styles. There are some historic mansions worth visiting in Albany. Albany has an active cultural scenario represented by cultural organizations and artistic communities. Albany hosts a number of festivals. If all these interest only the grown-ups, Albany’s parks and recreational areas will be liked by everyone.

New York City: New York City is the biggest pull of US-tourism and every year countless people visit the city, despite the 9/11 attacks that brought down the twin towers of the World Trade Center (even today ground-zero is a much-visited tourist-site). NY City, especially the Manhattan borough, is just full of sights and attractions like the Statue of Liberty, Empire State Building, the Broadway theaters, Times Square and so on and so forth. NY has many parks like the Central Park and Flushing Meadows. New York’s other attractions are its art galleries, cultural centers and museums. New York has a vibrant nightlife; but if you dislike drinking or partying, you will still have some fabulous shopping to do and varied mouth-watering fares to gorge on.

Other Popular Destinations: New York State is just full of places to visit. If you are a beach-lover, go to the Long Islands. If you are looking for some adventure, head towards the Adirondack or Catskill Mountains. In the western part of the state lies the Buffalo city, which gives you easy access to Niagara Falls and on your way, you will also get glimpses of Lakes Erie and Ontario beside the Finger Lakes and the Erie Canal. The region is a water-sporting heaven and close by, you will come across more than thousands of islands.

New York is one of the economically strong states of the USA and promises a high standard of living to its inhabitants. The city of New York, with its banking and financial institutions and services, is the dominant force in the economy; the New York Stock Exchange (on Wall Street, Manhattan) is the largest Stock Exchange in the world. Agriculture, chiefly farm-produces like cattle, poultry, fruits and vegetables and industries like printing and publishing, apparel, equipments and instruments contribute to New York State’s economy. Tourism is also a major contributor.

New York State has the best of infrastructures – be it in terms of transportation or communication – a fact that makes it one of the most-visited tourist-friendly states of the USA.

New York State’s culture has been largely shaped by New York City, which is often referred to as ‘the cultural capital of the USA’. New York is not only an important center of various visual and performing arts, it has also been the scene of many artistic, cultural and literary movements; moreover, New York is regarded as the birthplace of different musical genres – jazz, hip hop, Indie Rock, etc. as well as dance forms. Different New York events and festivities like Tulip Festival, Village Halloween, Feast of San Gennaro, etc., present yet another aspect of New York State’s culture.

Things about New York you may be interested in

Islip history tells us that the region was inhabited by a sub-sect of the Algonquin Indians, known as the Secatogues. The Secatogues lived in communities in present-day Bay Shore (earlier known as Penataquit), Oakdale (Connetquot) and West Islip (Secatogue) regions.  Read more »

Prior to the colonization of New York State and the Buffalo city area by the French, the territory was occupied by a tribe which the French called “Neutrals” because they were helpful in solving conflicts with other native tribes....  Read more »

Endicott, New York is one of the “Triple Cities”, in conjunction with Johnson City and Binghamton. It is located in Broome County, New York. Founded as the “Home of the Square Deal”, this village was named after Henry B. Endicott, who was also one of the founders of the shoe company called Endicott Johnson Corporation....  Read more »

New York might have it all, but Endicott is certainly blessed with a great look and feel of a rural countryside. Huge golf courses fill this wonderful location. Boating is a popular activity in this village. You should expect a fun holiday, if you are paying a visit to Endicott.  Read more »