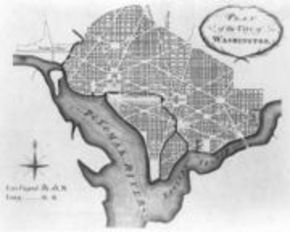 Situated between the states of Virginia to the southwest and Maryland on the other sides, Washington, D.C.(or the District of Columbia) is the capital of the United States of America. Located on the famous Potomac River, the District is the permanent seat of government. The city of Washington is named after the first President of the United States, George Washington. The majority of the nation’s monuments and museums are located in the District. It is the headquarters of major institutions such as the World Bank and the International Monetary Fund. Over 130 embassies of various countries are located in the region, which makes it an international capital. The world renowned museum, the Smithsonian Institute, is also located in the city of Washington, DC.

A diversified economy has helped Washington gain the reputation of being in the top ten areas for favorable business expansion. With a $97.2 billion gross state product in 2008, the District ranks 35 out of 50 U.S. states. A high employment rate has contributed to the District’s economy with the federal government accounting for over 27% of jobs. A large percentage of the population is professionals that include law firms, independent contractors, and non-profit organizations. Education, finance, and scientific research are major contributors to the economy. Real estate investments increased in 2009 despite a downturn and the national economic crisis. Concerted efforts aimed at urban development have revitalized the District's economy.

The District has a mix of Northern and Southern cultures which is evident in the food and music prevalent in the area. A historically predominant African-American population has produced a number of prominent musicians like the legendary Duke Ellington, and the famous poet Langston Hughes. Neo-classical and Victorian architecture from the mid 1800s make up most of the civic and residential sites. Apart from the African-American population, a transient population of university students and federal government employees add to the city’s vibrant culture.

Things about District Of Columbia you may be interested in

A trip to some of the most exotic places and tourist destinations can get you out from the monotony of life. If you want to get relief from your day to day work then you should prefer going somewhere close to nature or to places where you can get a new experience of life....  Read more »

The known history of Washington, DC, United States begins in the late 16th century when Europeans began to explore the Potomac River.  George Calvert, aka Lord Baltimore, was the first man to actually try and settle the land that Washington, DC now sits on....  Read more »

Washington, DC US is for sure a nightlife paradise for partygoers. The nightlife activities such as partying, dancing and cocktails in the Washington DC start as soon as the sun sets to make the partygoers to jive and celebrate all night long....  Read more »

Bordered by Maryland and Virginia, Washington DC, US is formally a Columbian district and is capital of United States of America. It is situated on the northern banks of Potomac River and is a metropolitan area. This is a very well planned city that has been designed specifically for housing the US federal government and does not form a part of any of the states....  Read more »