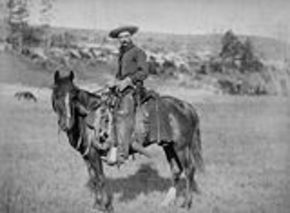 Oklahoma State, also known as the Sooner State, has the second highest Native Indian populace in the US; various cultural events and festivals like Powwows and Craft fairs, etc. are held in Oklahoma and these should interest you irrespective of whether you are a keen follower of ethnic Indian culture or not. Besides, a number of Oklahoma cultural celebrations also commemorate the Cowboy history and African-American heritage of the State; so there is much to see and enjoy in Oklahoma from the cultural aspect. And then, there is Oklahoma’s topographical and ecological diversity along with its abundant flora and fauna, making it a favorite haunt among Nature lovers. There is enough scope for different outdoor activities – engage in skillful pursuit like fly-fishing or try some adventurous pastime like equestrian or car-racing. Visiting the cities will just be fine if worldly pleasures are all you look forward to in your vacations.

Oklahoma is one of USA’s economically advanced states. Although its initial success was achieved by means of the state’s oil wealth, now Oklahoma is a leading natural gas producer of USA. A number of other minerals like coal, copper, silver, etc. are also mined from Oklahoma. Agriculture is practiced in Oklahoma and the various crop-produces include wheat, cotton, peanuts, etc. along with various farm-produces like dairy products, livestock and poultry. Oklahoma’s chief industries are chiefly engaged in food processing and packaging, mineral processing, energy production, telecommunications, etc. Oklahoma is an important center of aircraft manufacturing. The state also has a thriving business sector.

Oklahoma’s excellent transportation and communication infrastructures, together with its different public utilities services have always been a boon for the state and its inhabitants.

Oklahoma has a rich and varied culture that at various times has been influenced by different Native American cultures, cowboy or ranch culture and later by the sophistication that oil industry boom brought. While the state’s many history and natural history museums preserve the state’s evolvement at various stages, Oklahoma art museums showcase the cultural influences of the mixed population through their collections of art and artifacts. Oklahoma’s urban centers host various cultural events and festivals to keep alive different cultures’ tradition of music and dance.

Ponca City is steeped in Native American tradition. Oil fields of the city have given it the privilege of being an important dot on the world map. Moreover, its area is lined with an enterprising demography aiming to bring a multiracial touch.  Read more »

Most of the people often feel exhausted and depressed with the daily routine of life. In order to break the monotony of life, making a trip to new places and enjoying their alien culture and tradition will be a wise option. There are many wonderful cities in US offering great adventures and many recreational opportunities to its visitors....  Read more »

Boise City, Oklahoma is the county seat and city in Cimarron County and its name is pronounced while rhyming with ‘voice’. Vera Miles, the famous actress, was born in this city in the year 1929. A. J. Kline and J. E....  Read more »

High economic growth in Boise city facilitates excellent living conditions Boise city is a city in the Oklahoma in the United States of America. Located near New Mexico and Colorado, Boise city has easy accessibility to four states that can be reached within an hour’s drive from the Boise city in Oklahoma....  Read more »