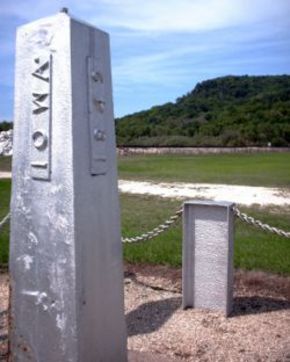 One of the many states in USA, Iowa distinguishes itself from the others by having great and large cornfields, great outdoors and lots of activities that keep attracting tourists. Coming here they feel the local’s attraction for the outdoors and for recreational activities and they get swept by the same desire. Of course there are plenty of facilities like baseball fields, golf courses, places to fish, hike, ride your bike and many more.

Besides this frolic, there are many landmarks to remind one of Iowa like the bridges of Madison County. And the state does not lack personalities either. One of them is Grant Wood, a well known artist who also contributed to Iowa’s fame.

The capital city is Des Moines, a city known for its attractions. People come here mostly to visit the State Historical Building and the art centre. Other worth visiting cities in the state are Cedar Rapids, Iowa City, West Bend or Dyersville.

The best way of getting in the heart of Iowa is by landing at Des Moines International airport and from there you have connections to all major cities. Major routs running through the state are I-35 and I-80.

Cedar Rapids may not equal the importance of Des Moines as a city, but it is certainly more interesting than the capital city in at least some ways, like, in its nightlife choices. Cedar Rapids nightlife promises variety – not just good drinking, dancing and dining, but also live music/performances and theaters....  Read more »

Cedar Rapids, much like Des Moines, Dubuque, Waterloo and other major Iowa cities, has been inhabited since the prehistoric times. Very little is known about this ancient phase of Cedar Rapids history except that these early inhabitants were ancestors of different Indian American tribes....  Read more »

Cedar Rapids, a beautiful place in Iowa State of US is among the largest cities of the country. Cedar Rapids gets its name from the famous Cedar River. The city is also called the “City of Five seasons”. Cedar Rapids like Des Moines is an important economic center of Iowa and an important center for art and culture (comparable to La Crosse)....  Read more »

Dubuque, a city located in Iowa, is situated along the banks of the Mississippi River. The city had a population of around 57,313 according to the 2007 census, becoming the 8th largest city of the state. It played an important role in the early development and settlement of the state, as it was the oldest city of Iowa....  Read more »