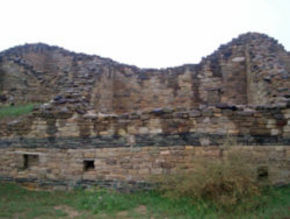 New Mexico is one of ‘the top-picks’ when it comes to travel destinations in the USA. Whether you speak of the snow-capped Sangre de Cristo Mountains or the dunes of the White Sands National Monument, of the Carlsbad Caverns or the surrounding national forests, the state fascinates you with its physical diversity. New Mexico’s cultural heritage represented in its ancient Native American ruins, its historical parks with Spanish haciendas, centuries-old churches, etc. make it equally enchanting. Although an encounter with extra-terrestrials is not possible, you can gather relevant information about UFOs at the International UFO Museum and Research Center in the town of Roswell. New Mexico is ideal for picking up fine Indian pottery, turquoise jewelry, et al. You will not be missing modernity either, and with enough scopes for fine-dining and shopping, you will feel the urge of going back to New Mexico again and again.

New Mexico’s economy is based on the three pillars of Oil and Natural Gas Production, Federal Government spending and tourism. Agriculture, both land-farming and cattle-rearing is practiced in New Mexico. Energy production and manufacturing are among other important industries. The state government has planned economic incentives for businesses, especially high-tech industries, for more and more job creation.

New Mexico has always had a passable transportation infrastructure because it was an important link in the trading route in the pre-Columbian days and even in the colonial era. With the growing commercial and military significance of New Mexico (as part of USA), the transportation links have been further strengthened. Speaking of energy generation, although New Mexico is rich in fossil fuel deposits (coal, natural gas and oil), the state has made enough progress in energy production from renewable sources like wind power and geothermal power.

New Mexico has a mixed, heterogeneous culture. The region has been inhabited since the days of the Paleo-Indians and has since been home to various Native American people; some among these like the Apaches, Navajos, Peublos and Utes continue to live in separate reserves set apart for them. Of course, it is not only the Indian tribes that make up the cultural framework of New Mexico, for the Spanish, Hispanics and even the Anglo-American community have had a profound influence on the New Mexican culture.

Things about New Mexico you may be interested in

Once you are around the city of Roswell then you will understand that UFO and Roswell are two interchangeable words. It is said that a UFO crashed in the proximity of Roswell many years back and since then the name of this city has acted as synonym for a UFO. Hence once you are here, you’ll get the chance to learn literally everything related to UFOs....  Read more »

While you are in the UFO city of the United States you must gear up to enjoy one of the most exciting nightlife. Night owls can head towards various nightclubs where they can dance all night long or else they can head towards various peace loving bars where they will be able to enjoy the cozy atmosphere of the bar with their friends, around a glass of beer. ...  Read more »

It was some pioneers who had migrated from Missouri to this area that were responsible for laying the foundation of this city. In 1865 they tried to start a small town on the land which is today around 15 miles away from the actual Roswell. But they couldn’t continue to stay here as drinking water was missing. ...  Read more »

If you happen to be visiting the town of Albuquerque, then you should not miss out on its popular tourist attractions. These tourist attractions are known to attract a great number of people from across the nation each year and help in making the town a popular tourist centre in New Mexico. The following are some of the best sights of Albuquerque, NM US:  Read more »