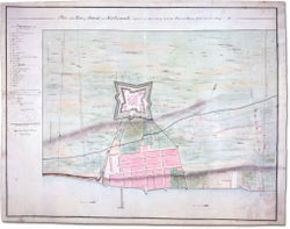 The Midwestern state of Michigan in the USA consists of two major peninsulas, namely the Lower Peninsula, and the Upper Peninsula, that are separated by the Straits of Mackinac. The state was named after Lake Michigan, meaning ‘large lake’. It is bordered by the states of Ohio and Indiana in the south, Wisconsin in the west, and Ontario, Canada, in the east. An impressive freshwater shoreline 3,288 miles long gives it the distinction of being the longest shoreline in the world.

Native Americans have lived in the area for centuries. 1668 saw the establishment of the first French settlement by a Jesuit priest, Jacques Marquette. The British, however, took possession of the area after the French and Indian War in 1760. The state became a part of the United States after the American Revolutionary War in 1783, with the signing of the Treat of Paris. Michigan has a thriving tourism industry and is also the center of the American auto industry.

Detroit today is a popular destination for people in the Midwest. Music lovers will appreciate a visit to the Motown Historical Museum while automobile enthusiasts can make their way to the Detroit Historical Museum. A large urban park in the middle of the Detroit River on Belle Isle houses the Belle Isle Zoo, a place that will keep your children engrossed for hours. If you are bitten by the gambling bug then head straight for the MGM Grand Detroit Casino, for a shot at poker.

Manufacturing accounts for more than 30% of GDP of this state of US. Apart from being the focal point of the American automotive industry, the state’s economy is also boosted by the information technology, copper, iron, and aerospace industries. The recent economic meltdown compelled automakers to opt for some major restructuring with the help of the U. S. Treasury. The industry now accounts for one in every ten jobs in terms of employment. The state ranks fourth in information technology employment in the country. Research and development in various sectors comprises a high percentage of GDP. The government’s commitment to public education has made the universities important contributors to the state’s economy. A highly educated and skilled workforce attracts investments by several companies. The region is rich in minerals including sandstone, limestone, and cement. Manufacturing accounts for 30% of GDP.

Michigan’s diverse culture is exhibited in its art, music, and films. The state has a perfect blend of rural simplicity and urban modernization. There are many Native American reservations along the banks of the Mississippi River. Detroit is known for its creativity in the Arts and Music scenes. A strong African-American presence is evident at the African American Parade and Heritage Festival hosted by The Capital City African American Cultural Association every year. A large number of multinational companies in the state attract a working population from all over the world, adding to the state’s multicultural mix. The Lansing Jazz Fest and the Old Town Blues Fest portray the state’s vibrant music scenes.

Grand Rapids, the second-largest city in the US state of Michigan (after Detroit), has a pretty long history and pre-history. We will first take a look at the pre-history of the region. The valley of the Grand River had once-upon-a-time been home of Native Americans who followed Hopewell traditions. By 1700, Ottawa Indians had set up a number of villages by the Grand River....  Read more »

Escanaba is a small city in Delta County, located on the shores of Lake Michigan, 54 miles from Iron Mountain and100 miles from Green Bay.  Read more »

Saginaw City, Michigan, has great many watering holes and night-time entertainment venues. Guests are usually entertained till the wee hours of the morning at most of these city venues. Unlike many cities, which have many reservations against gays and lesbians, Saginaw nightlife is open to all....  Read more »

Human existence in the Saginaw city region can be traced back to the times of the woodland Native American Indians. Although the exact city-site was not settled, the Sauks and the Chippewa Indians would frequent these regions. Council meetings of the tribes were often held in these parts.  Read more »

Saginaw, a town about 88 miles from Detroit is a fabulous place for a fun filled vacation. This beautiful city that is a part of Saginaw- Bay City – Midland metro region will capture your thoughts long after you have left the place and instigate you to come back again. From museums to parks, theaters to golf clubs the Saginaw sights have something for every age group.  Read more »