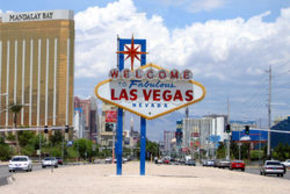 Nevada’s rise as a tourism haven has had to do with the legalization of gambling (it was the first US state to do so) but the state has much, much more for the multitudes flocking to the Mecca of entertainment every year. Beyond the glitz and glamour of places like Las Vegas, Laughlin and Reno, Nevada has a very natural side to it – full of snow-capped mountains, crystalline lakes, magnificent canyons, beautiful valleys and desert scenery. It is entirely your choice whether you would like to get lost in the hedonistic world of casinos, pubs, gourmet restaurants, chic shopping centers, nightclubs and roller-coasters or enjoy Nevada’s natural panorama – you can go nature viewing in any of the state parks or hike among the mountainous trails, fishing is a great attraction in Lake Mead and Lake Tahoe is a skiing/snow-boarding paradise.

Nevada’s economy is based on tourism, which again is primarily dependent on gambling. Post legalization of gambling in 1931, gambling taxes have been the primary source of state revenue and most of the times, gambling-heavens like Las Vegas, Reno bring in about 50% of the state’s income. This has made up for the state’s arid conditions and lack of arable land and Nevada’s economy is one of the strongest in the USA and it has been posting positive annual growth rates quite consistently. Nevada’s other economic activities include cattle/sheep raising, cattle-feed production, mining of minerals like gold, silver and copper.

Nevada has sound infrastructure, which very ably supports tourism as well as trade and industries.

Nevadans share varied ancestry – you will find Native Indians, Pacific Islanders, Hispanics, African-Americans and Asian-Americans apart from the sizable European-descent population – and this has led to a mix-culture, with people speaking different languages and following different traditional mores. Roman Catholicism is followed by the majority but Protestants, Mormons, Jews and Muslims are also found. The shadow of Las Vegan-culture looms large as a considerable section of the population resides in the urban center of Las Vegas. Like gambling, prostitution is legalized in parts of Nevada; nevertheless, Nevada is also the place where various art-forms are admired and followed with great zest.

It also an important suburb of Las Vegas and is developing day by day. As the name suggests, Paradise is a very beautiful city and an ideal place to relax. When family and friends are around, no place can be better than Paradise. This city also has a lot of great entertainment and recreational facilities to offer its visitors and is a good choice to holiday.  Read more »

It is located just two miles west from the Las Vegas strip. Spring Valley’s population was of 117,390 according to the 2000 census. The city is in the Pacific Time Zone and the city’s dialing code is 702.  Spring Valley in Nevada is connected to various major highways in the US that include U.S Route 89 and U.S Route 74....  Read more »

The Sunrise Manor is a city situated in the Clark county of Nevada in the United States of America. This city located on Frenchman mountains western base has very picturesque and scenic background and this has made it one of the most popular tourist attractions in the recent times....  Read more »

Sunrise Manor is a place that has always been a first choice of all those people who want  a refreshing getaway and want to spend some real quality time with their family and friends.  It lies at the west base of the Frenchman Mountain that is at the very east of the Las Vegas. Surrounded with utmost beauty the very air of the city is rejuvenating and makes a vacation prove worthwhile....  Read more »

The city of North Las Vegas is ideally located in the Clark County in Nevada, US. It is a city of beautiful surroundings and rich history and is located in the metropolitan region of Las Vegas. Also, as this exceptional city is situated on the very edge of Las Vegas Valley, this tourist destination is one of the fastest developing cities in the whole Nevada. ...  Read more »