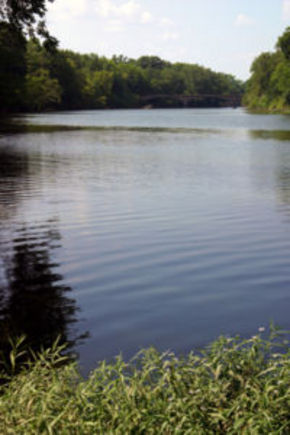 Kansas (surnamed as The Sunflower State) is a central state of the United States of America – in fact the center of the U.S. is marked here by a monument -, bordered by Nebraska, Missouri, Oklahoma and Colorado. Its name comes from the Sioux Indian “Kansa” meaning “the people from the south wind”. Its surface is quite large (ranked as the 15th state – 213, 283km²) and is ranked as the 32th state with 2, 688,418 inhabitants. Its capital is Topeka but Wichita has the biggest population – 361,000 inhabitants; other main cities are Kansas City, Lawrence and Winfield.

Kansas remains an important agricultural state – it is the first wheat producer of the Unites States (it is also known as the Wheat State). Other vegetal crops are: corn, soya, and sorghum. Its soil has important oil reserves as well as gas and rock salt. The industry is represented by machine tools and airplanes.

Kansas has 9 commercial airports and many are open to private airplanes. The nearest international airport is that of Kansas City, in Missouri, at 25 kilometers from the border between the two states. Kansas is crossed by two main highways: I-70 and I-35.

Home of the Wizard of Oz, Kansas welcomes its tourists in a friendly, joyful and peaceful atmosphere.

Salina is a lovely city in central Kansas, USA. With a population of about 46,140 inhabitants, the city of Salina is located 90 miles from Hays and 142 miles from Lincoln. It is also known as being the greatest wheat producer in the USA, and its grain elevators can be seen from miles away. Salina is an important agricultural centre, but it has a large manufacturing industry as well.  Read more »

Kansas City is counted among the largest cities of the United States of America. It is located 147 miles from Lincoln and 152 miles from Omaha. Founded in 1838, Kansas City was known as “The Town of Kansas” located at the confluence of Missouri and Kansas rivers. Including the well known battle of Westport, Kansas has been a site for various famous battles in the past. ...  Read more »

Initially this land, where the city of Salina is located, was used as a resting place for various travelers and businessmen as well as a trading post for businessmen. It proved to be an important piece of land for travelers and hence very soon various people started to settle down thus forming the city of Salina. All this started in the year 1860 and since then the city hasn’t looked back.  Read more »

Salina Nightlife isn’t one of the best you will get to enjoy considering the quality of various bars and nightclubs in this city isn’t yet up to the mark. You will surely be disappointed if you are planning to enjoy your nightlife in the traditional way by hitting some bar or nightclub. But this does not mean that Salina has nothing to offer....  Read more »

Dodge City is situated in Ford County, Kansas in United States. It was named by Colonel Richard Irving Dodge. Dodge City is also known as the meat packing capital of the States as 12000 cattle are processed every day. It is also the home place of the biggest beef processing plants of United States, which is named as Excel Dodge City....  Read more »