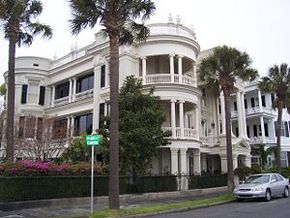 Visiting South Carolina is almost like finding yourself on a different planet, and if not so, definitely a different era. A far cry from the northern states, South Carolina has its own well-defined essential characteristics that have changed little. The language is spoken in a thick and creamy accent, traditions are the cornerstone of society, the food is a lot more exciting than the plain hamburgers and pizza common in other states and the colonial architecture brings in mind the taste of a distant past. South Carolina is part of the Bible Belt, and it is deeply conservative from some points of view. Any traveler will find his place of choice in South Carolina: deep marshes, sandy beaches, mountains, peppered with colonial plantations and sleepy little towns, or with bustling cities where the lights never go out. This South Carolina Travel Guide will give you some basic information about this fascinating state.

South Carolina has quite a tormented past, even in the context of the United States. It was one of the thirteen states who declared themselves independent from the UK during the American Revolution. Bordered by its sister state, Nord Carolina, with whom it has several things in common, South Carolina has three major regions where you can find distinct types of relief. The Low country is the coastal area of the state, where you can find many of the most important tourist destinations such as Charleston, Beaufort and Myrtle Beach. Salt marshes are common along the coast, and a distinctive feature of the South Carolina coast line are the Carolina Bays, elliptical depressions said to be caused by an ancient meteor shower. The Sandhill region, or the Midlands, used to be a strip of sand dunes left over from pre-historical times when the state was under the ocean. Piedmont region, or the Upstate, is full of hills and eroded mountains. The Blue Ridge region is the mountainous part of the state, suitable for hiking and rafting. South Carolina is also famous for its many lakes.

Although South Carolina is deeply conservative and some attitudes towards different cultures can be old-fashioned, there is more to the state than traditional norms. The most interesting cultural heritage of South Carolina comes from the African slaves who were brought to America centuries ago could, called the Gullah, who have preserved many elements o their linguistic and cultural origin.

South-Carolinian cuisine has less Creole influences than Louisiana, but there are several delicious traditional dishes that are worth tasting. Rowdy behavior in public is frowned upon, and you can even be arrested for misdemeanor on the street if you are ‘grossly intoxicated’, especially in the smaller towns. However, this South Carolina Travel Guide recommends visiting the state, especially if you are interested in the culture and traditions of the Deep South, and especially if you would like a sunny and relaxing holiday.

Things about South Carolina you may be interested in

With more than 14 million tourists annually, Myrtle Beach, South Carolina is a part of a huge complex of seaside resorts spreading along the Atlantic coastline, from Little River to Georgetown....  Read more »

Florence, the largest city in Florence County, as well as its county seat, is filled with historic homes and medical centre towers. The city was a finalist for the 1997 All-American City competition, and as a result it become a cultural centre for the north-eastern part of South Carolina....  Read more »

Myrtle Beach Sights have gained huge publicity in the last years due to the huge number of natural tourist hot spots and also due to many historical locations. Be sure that you will need more than just a day if you really want to admire the beauty of this city....  Read more »

The city of Columbia was founded by the General Assembly in March 22 1786 when the bill to create a new state capital by State Senator John Lewis Gervais was accepted. With this approval, there was a difference of opinion on naming the city. However, Columbia finally won over Washington by a 11 to7 majority in the state Senate. ...  Read more »