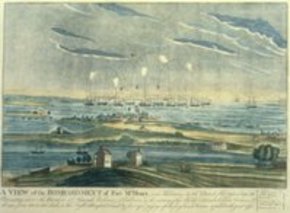 Situated in the Mid Alantic region, Maryland is similar in size to Belgium and the standard of living is pretty high. Its economy is based on services, transport, bioresearch, food production, agriculture, manufacturing of computer equipments and other.

Even if it is pretty small in size the state experienced many types of climate including humid subtropical and maritime temperate. Tornados occur around six times a year. Temperatures range according to the type of landscape.

Some of the advantages presented by the state that can be appealing to most tourists as there is a wide variety of landscapes ranging from hills to forests and marshlands, nevertheless the state lacks natural lakes. This fact is compensated by the many manmade lakes.

The most populated city in the state is not its capital Annapolis as one might expect, but Baltimore.

The foundation of the state was based on the idea of creating a heaven for Roman Catholics, and even if this religion was neither politically encouraged nor sustained by the immigrants, it still succeeded to remain the main religion embraced by 23% of the inhabitants. The largest percentage is held by Protestants, 56%.

Baltimore is the capital of Baltimore County and the largest city in Maryland. It’s hard to find an American city whose history is as rich and as important in the foundation of the United States as Baltimore history....  Read more »

The city of Hagerstown happens to be one of the many famous tourist destinations in the United States of America that attract tourists due to the awesome mix of modernization and natural tourism along with the great collection of historical monuments which this city possesses. ...  Read more »

It was the year 1739 when a German Immigrant namely Jonathan Hager had purchased around 200 acres of land for his personal use and called it as Hager’s Fancy. The location of this land was between the famous Allegheny Mountains and the beautiful Blue Ridge which is today the exact location for the city of Hagerstown....  Read more »

The city of Hagerstown has a bunch of historical sights, parks / museums and theaters. It is the huge number of annual festivals which makes life in the city of Hagerstown awesome for the tourist whenever they hit this city. Art lovers can hit various art galleries or visit different theaters as per their choice....  Read more »