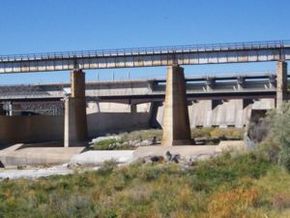 Idaho (surnamed as the Gem State) is a north-western state of the United States of America, bordered by Washington, Oregon, Nevada, Utah, Montana and Wyoming as well as by the Canadian province British Colombia. Its surface is quite large (ranked as the 14th state – 216, 632 km²) but is not very populated (ranked as the 39th state with 1,429,096 inhabitants). Though crossed by many rivers and having a lot of lakes, it also has big altitudes – the biggest one is Borah Peak - 3859 m in Rocky Mountains.

Idaho is an important agricultural state – it produces the third of the whole American potato production. The other important crops are beans, wheat, barley and sugar beet. Once a mining state Idaho’s most important industries nowadays are wood production, chemical products, paper, silver and tourism.

It is also a cultural state with many universities and colleges located in the main cities: Boise (the capital), Coeur d’Alene, Idaho Falls, Lewiston, Pocatello, etc.

There are several touristic and natural curiosities and beauties that one should not miss: Yellowstone National Park, Hells Canyon, Massacre Rocks, the Craters of the Moon, Farragut State Park. Boise welcomes the biggest Basque community in the Unites States and the second in the world.

Pocatello is a prosperous city located in Idaho, USA. Although Pocatello metropolitan area has a total of approximately 80, 000 inhabitants, the city’s favorable location and its enterprising citizens have contributed to its transformation into an important economical centre. Located on the legendary Oregon Trail, Pocatello has played its role in the history of the West....  Read more »

Boise is one of those advanced cities of the United States that offers great entertainment to its locals as well as tourists. Boise Nightlife has become quiet famous in the neighboring regions due to the excitement this city offers to various night owls.  Read more »

One can enjoy a trip to Lewiston by visiting the historic site and interpretative centers of the region that includes Lewis-Clark Center for Arts and History and Lewis and Clark National Historic Trail. ...  Read more »

The city of Pocatello is one of the best places to visit if you love cold climate and if you want to take some time out of the fast running life. It is the perfect mix of various natural tourist hot spots for eco tourism lovers and different historical monuments plus various museums which will help you understand the history of this city....  Read more »