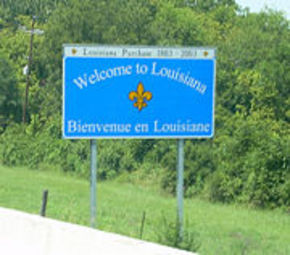 The Deep South is home to a culture that is so distinct from mainstream United States that it feels like an entirely different world. Louisiana is characterized by an alluring blend of colonial atmosphere and Cajun tradition, of voodoo and Old-world religion. Even in the multicultural setting of the US, Louisiana is remarkably diverse, and it can best be described as the intersection point of the most fascinating cultures of the world. The people of Louisiana have always drawn out the best of every nation that has ever come in contact with this state. Elements of African, European and Oriental origin have been combined into a surprisingly homogenous whole that is as spicy and heady as Louisiana’s famous cuisine. Even the shortest visit to this unique place is an adventure of a special kind. This Louisiana Travel Guide will help you get a taste of the true American South.

Louisiana would have never become what it is today if it hadn’t been for its rich and diverse history. The first settlers who came to the south-eastern coast of the North American continent were the French, who named the colony in honor of King Louis XIV. For about two hundred years, Louisiana was the outpost of the French monarchy in the New World. In an attempt to recreate the feel of their homeland, the French built elegant cities full of majestic houses. The colony came under the rule of the Spanish Empire in the aftermath of the Seven Years War. The Spaniards left their marks on the cities of Louisiana, thus adding the last ingredient of the typical Southern colonial architecture. Napoleon Bonaparte purchased Louisiana back from Spain, but shortly afterwards the colony changed hands again and was annexed to the US. During this time, a steady stream of immigrants from the West Indies, Europe and Africa started to call Louisiana their home.

Louisiana Travel Guide - Things to See and Do

Louisiana is known more for the unique atmosphere of its cities than for its tourist attractions. Although Baton Rouge is the capital of the state, New Orleans is the unofficial tourist hotspot of Louisiana. Thousands of visitors gather every year to celebrate Mardi Gras together with the city’s inhabitants. Sumptuous and decadent parades are the signature characteristics of a typical New Orleanais Mardi Gras. Louisiana in general and New Orleans in particular, have a long tradition of voodoo magic, actually a religion developed by the slaves brought from Africa. There are several voodoo museums in the states, and you if you are interested in the history of voodoo you might also like to visit the tomb of Marie Laveau, the legendary voodoo queen, in New Orleans’s St. Louis no. 1 cemetery. Although much of it was destroyed by the hurricane Katrina, the French Quarter of New Orleans, with its narrow streets and colonial houses is still a sight to be seen. If you’ve had your fill of city life, take a trip to Natchitoches, the oldest town in the state, whose old town is a miniature French Quarter full of graceful houses and Creole restaurants.

Shreveport may not be among the oldest settlements in the state of Louisiana, but that does not make Shreveport history a lot less interesting. Actually, the city has preserved its rich history quite well and you will be thrilled to know that Shreveport has the second highest number of historical landmarks (next only to New Orleans) in the state....  Read more »

Alexandria’s position has always made it a part of a quite active tourism sector; but now it is much more than just ‘a drive-through city’ to reach to the tourist hubs of Baton Rouge, New Orleans, Lafayette or Shreveport. The ninth largest city of Louisiana, Alexandria gets plenty of tourists during its annual cultural festivals and events like Mardi Gras....  Read more »

While it is certainly not a city on its own, Metairie, a suburb of New Orleans, is large enough that it warrants a bout of exploration. In fact, if Metairie were designated an independent city, it would be larger than most of the cities in the state!...  Read more »

Alexandria is a city in Lousiana, United States. It is one of the principle cities of Louisiana located in the center of the state surrounded by Longleaf Pine forests. The city of Alexandria has a long history. Alexandria was originally home to the sporting activities of the Spanish Community. Alexander Fulton was a renowned businessman granted a land from Spain in 1785....  Read more »

While on a trip to Monroe you must be prepared to enjoy the great mix of modern style monuments and historical monuments. The great architecture reflects history as well as touches of latest technologies thus making the monuments awesome. Monroe Sights has something unique that you might not find in other cities like Baton Rouge for example.  Read more »