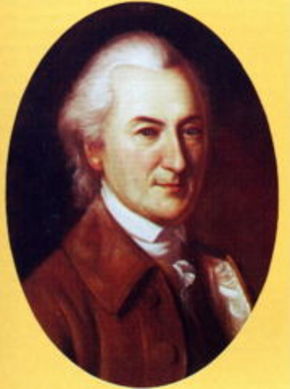 Pennsylvania tourism represents historic tourism in USA. Actually, Pennsylvania is the state where liberty-movements gained momentum and the Declaration of Independence was signed. Every year millions of tourists visit the state to see the former capital, Philadelphia, and the other historic sites of Pennsylvania like the Independence National Historic Park and Valley Forge. Of course, Pennsylvania has much more to lure tourists besides its historic treasures; Pennsylvania’s mesmerizing natural beauty – be it the mountain regions of Appalachian or the Poconos or the short Lake Erie coastline, the woodlands of the National Forests or the glistening river banks – is something to die for and then there are plenty of outdoor sports and activities. The Pennsylvania Dutch Country with its ‘plain people’ is an altogether different experience. The cultural aspect of Pennsylvania with its art-culture, events, festivals, theaters, etc. also needs to be explored.

Pennsylvania is one of the economically strong states of USA with much of the economic activities centered round the key-cities, Philadelphia and Pittsburg. While Philadelphia is primarily a commercial center, Pittsburg is the industrial hub of Pennsylvania. The tri-cities of Allentown-Bethlehem-Easton and Scranton-Wilkes-Barre are among the other important industrial centers of the state. The state’s performance in the agricultural sector is not to be underestimated and some key agricultural products of Pennsylvania-farmlands are Christmas trees, wine and mushrooms apart from dairy products, fruits, cereals, etc.

Pennsylvania is one of the most well-connected states with adequate road and rail networks. Connections via air and water-ways are also quite strong.

Pennsylvania’s mixed populace of European parentage, African-Americans, Latin Americans, Hispanics and Asians has resulted in the evolvement of a rich culture. The Pennsylvanians speak different languages, eat different food, follow different religions and traditional mores and their different art and culture. Pennsylvania’s cultural centers, museums and theaters, fests and events showcasing this cultural diversity is a huge pull with tourists worldwide as is its multi-ethnic cuisine. As the birth-place of genius’ – artists, authors, musicians, statesmen who have earned name and fame not only for themselves but for the state too – Pennsylvania has evolved as a not-to-be missed part of US’ cultural experience.

Allentown, Pennsylvania, was officially founded in 1762; but the area had seen some settlements and had even been surveyed prior to its foundation. The present city-site was a part of the rich and famous Philadelphia businessman, William Allen’s property. (In fact, this tract of land was part of the 5000-acre plot Allen had purchased from his business-partner, Joseph Turner, in 1935....  Read more »

Bethlehem, one of the three cities of the Lehigh Valley region (the other two cities are Allentown and Easton) of Pennsylvania, was founded in 1741. Of course, the region had long been inhabited by different Native American groups; when the early European traders arrived here, they came across the Delaware Indians.  Read more »

The city of Bethlehem is located in the Lehigh Valley region (along with Allentown and Easton) of eastern Pennsylvania, USA. Named among the ‘Top 100 Best Places to Live’ by Money Magazine in 2006, the city has always been an important industrial/manufacturing center because of its strong road and rail network....  Read more »

Easton has been regarded as a great historical city close to Bethlehem and Allentown. In 1736, Thomas Penn visited a place at the confluence of Lehigh Valley River and Delaware River. In 1750, Easton was born at the place of “Thousand Acre Tract”. The native Indians called this place “Lechawitauk”....  Read more »

The nightlife in Scranton means eateries dishing up succulent menus, bars and pubs flowing with beers, whiskeys and cocktails, night clubs playing the right music to get people on their feet and entertainment complexes putting forward mixed entertainment....  Read more »