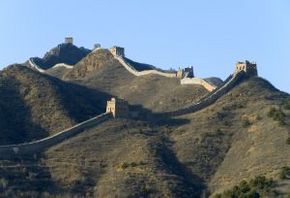 China has always been linked to its ancient civilization, friendly people and its own distinct, exquisite cuisine. Famous for its history, culture and landscape and with cities like Beijing, Shanghai and Hong Kong, one thing is for sure, your vacation in China, will be a memorable one.

China has the third largest economy in the world in terms of exchange rate. With a per capita income growth rate of over 8% annually, Chinese economy is flourishing every single day that passes and is in close competition with the economy of the US. Agriculture and manufacturing have been the two important pillars of the economy. It is forecasted that the Gross National Product of China will be equal to that of the US by 2030.

China has fairly good infrastructure facilities. It has sixteen major shipping ports as of now, with a capacity surpassing 50 million tons per year, and yet, ports are still being improved. China has been rapidly developing its expressway system. China plans to improve upon their rural roadways.

China is a country rich in traditions, mythologies and culture. Chinese cuisine is one of the most loved and admired cuisines of the world. China has been known for its art for ages. Calligraphy (‘Shu Fa’) is an ancient form of Chinese art that became extremely popular in Asia as well as other parts of the globe.

Festivals are the perfect occasions to peep into the rich cultural heritage of the country. Whether it is the Dragon boat festival, Chinese New Year or the Lantern Festival, it is great to be a part of these extravagant celebrations. With traditional dances, music and delicious cuisines, these festivals offer a perfect opportunity to make your holiday even more memorable.

Linyi is located in south eastern China sheltered by the shores of the Yellow Sea in the east and the high peaks of the Mengshan Mountains in the south. Linyi travel guide makes a short presentation of this ancient Chinese city and its main attractions.  Read more »

Luoyang is a captivating city located in western China, a place full of history and beautiful traditions. Luoyang travel guide captures the main aspects of Luoyang and its surroundings.  Read more »

Quanzhou is one of the major Chinese ports at the East China Sea and an important tourist destination for people from all over the world. Quanzhou travel guide will make a short presentation of this top cultural and historical tourist attraction. Nearby cities are Fuzhou and Xiamen.  Read more »

Jining is an important industrial city located in eastern China on the banks of Nanyang Lake. Jining travel guide makes a complete description of this picturesque location and its surroundings.  Read more »