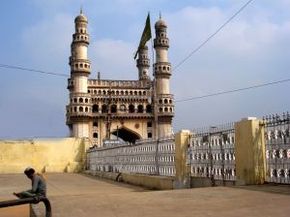 With its geographical diversity and natural wealth in the form of diverse flora and fauna, India has always been a dream-destination for travelers across the globe. Of course, there is more to India – there is the lure of its 5000 years of history, its many World Heritage Sites, its rich culture, heritage and much more. India is mesmerizing, unique in many ways and your visit to India promises you some incredible experiences. The recent rise in terrorist activities in the Indian sub-continent has not really succeeded in dampening the explorers’ vigor and India continues to pull tourists from the world-over.

Following the economic reforms of the 1990s, India has become one of the fastest developing economies of the world with prominent roles being played by private players in the service sector. India has been registering an average annual GDP growth rate of 5.8% over the last two decades and is poised to become a driver of the global economy by the 2020s.

Despite its economic growth, India continues to be a low-income country. India has the highest percentage of people living below the poverty line and is continually plagued by problems like flawed infrastructure and sub-standard/inadequate facilities.

India is a land of diverse cultures – here people speak different languages, eat different food, wear different wears, follow different religions, cultures, traditions, etc. The cultural richness of India gets reflected in the people’s patronizing of various dance and music forms – be it classical or folk. The Indian cuisine too has its rich regional flavors as has the many festivities of India.

Despite the fact that field-hockey is the national sport of India, Cricket-mania has become a part of Indian culture. Be it domestic competitions or international matches, people follow cricket madly. Tennis has caught people’s fancy following India’s Davis Cup wins and recently badminton too is gaining popularity.

Archeological excavations traced Bareilly history to the times when the Aryans arrived in the Ganga-Yamuna Valley around 1800 BC-1500 BC. The region saw successive settlements – was part of the ancient kingdom of Panchala and of the Panchala Mahajanapada in the later Vedic period, of the Maghadhan Empire and so on but had no separate existence until about the 1500s....  Read more »

Rajkot history is about 400 years old, having been established by the Jamnagar Jadejas in 1620. The city and its surrounding region, of course, had some pre-history and they have been part of both the Ghaznavid (997 to1030) and the Muzaffarid (1335-1393) Empires. ...  Read more »

Visakhapatnam or Vishakhapatnem, the coastal city of great natural beauty in the Indian State of Andhra Pradesh, is a very old city. The city and its surrounding regions were mentioned in the two great Indian epics – Ramayana and Mahabharata....  Read more »

Dhanbad history recounts the tale of development of Dhanbad city (a city in the Indian State of Jharkhand) from a place of no significance in the early decades of the 20th century to the ‘Coal Capital of India’ as it stands today....  Read more »