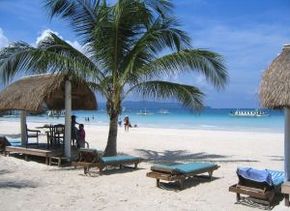 The Philippines, the world’s second-largest archipelago with more than 7000 tropical islands, has it all – sights, tastes, feels, thrills and conveniences that make people fall headlong for this tourist-haven. Philippines, in fact, had a booming tourism industry in the 1970s; however, widespread corruption and political instability during the Marcos-regime throttled the tourism-sector. Of late, the tourism industry is experiencing resurgence.

Philippines is a natural paradise where pristine white beaches, tropical rainforests, active volcanoes, mountains, hills (the Chocolate Hills of Bohol), rivers and waterfalls all join hands to create some enchantingly beautiful landscapes/seascapes. Philippines is the land of Rafflesia, orchids, the mouse-deer and thousands of endemic plant and animal species; the coral-fringed islands and the surrounding water-bodies of Philippines, likewise, are store-houses of varied marine life. Come to enjoy these natural treasures and you will get much as bonus – adventure sports, real cheap shopping, great night-time revelry and a taste of Philippines’ diverse cultures.

Philippines is among the fastest-developing economies of Asia, with the service sector as the chief contributor of the county’s GDP, followed by the industrial sector at the second place and agricultural sector at the third. Important Philippine-industries include – Automobile, BPO (in fact, Philippines is the second-largest call-center market in the Asia-Pacific region), electronics, food-processing, mining, textiles and garments.

Philippines has a strong network of roadways and railways; air-/water-way connections are also more than commendable. Telecommunications in Philippines is highly developed. With its coal and natural gas reserves and geothermal and hydroelectric power generation, Philippines is a leading energy-producer

Philippines has a mixed-culture – you find elements of native cultures as well as foreign influences. One the one hand the culture tells a tale of the nation’s colorful history and on the other, the regional influence is pronounced too. The Spanish/Hispanic influence is the legacy of the Spanish rule over Philippines and the US-control over the region of nearly half-a-century left its mark; however, Filipino-culture has also borrowed elements of Eastern religions like that of Buddhism, Hinduism and Islam. All these elements blended with the cultures of the primitive Malayo-Polynesian tribes to give Philippines its rich cultural texture manifest in its varied arts and crafts, architectural gems and cuisines, dance and music forms, languages and religions, sports and recreations.

Recent Travel Guides from the Philippines

Santiago city, Philippines, has a long history. Though much is not known about the early part of Santiago history, the accounts of the initial Spanish missionaries have indicated that present-day Santiago city and its adjoining regions have been inhabited by native tribes like Gaddangs and Ibanags; since most of these native settlements found by the missionaries lay at the bank of Carig River (pre  Read more »

Santiago City, Philippines, enjoys the special distinction of being a first class city along with cities like Angeles, Dipolog and Puerto Princesa. Located just 328 kilometers northeast of Metro Manila, Santiago gained recognition as a tourism destination quite late....  Read more »

Unlike Manila, Batangas, Cebu and Davao, Santiago City made a late entry in the Philippine-tourism business sector. But then with the city government of Mayor Navarro leaving no stones unturned to establish the city as a tourist haven, the city of Santiago has emerged as a world-class tourism destination with excellent infrastructure and amenities. ...  Read more »

Cuyo, located to the north of Sulu Sea is a collection of 40 islands that form a small part of Palawan province of the Philippines. It is situated very far from the coasts of main Palawan and Mindoro. Cuyo is a paradise walk for people who want to enjoy life at a slow pace amidst natural exquisiteness. The beautiful coastline with little activities has preserved the loveliness of the region....  Read more »

Valenzuela City has a lot to offer when it comes to its landmarks. Tourist can visit historical and religious sites when going around the city. When thinking of exploring Valenzuela Sights for your Philippine Travel, why not try to visit Masbate Sights as well.  Read more »