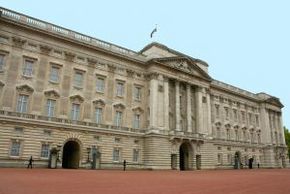 United Kingdom is undoubtedly one of the most diverse, influential and powerful nations of the world. It comprises of England, Scotland, Wales and Northern Ireland. Apart from being culturally diverse, UK is one of the most beautiful countries in Europe. Gorgeous landscapes, lush green countryside, calm villages with lovely cottages dotted all over and of course vivacious cities, all these and much more is waiting for you in UK.

United Kingdom is definitely an economically sound nation. It is a member of G8 group of leading industrial nations of the world. United Kingdom has major trading relations with superpowers like USA, France, Ireland and Germany. Chemicals, electronics, textiles, food and beverages and military equipments are the major industries of UK. Other sectors supporting the economy are tourism, media, telecommunications and information and technology. With premium standards of health, education and transport facilities the infrastructure of the country is extremely good.

The British culture is considered one of the most influential cultures of the world. The rich culture of the country has influenced societies of various countries such as India, Pakistan, Africa, Australia and America as well. The beautiful museums and art galleries in the country are a perfect way to explore the richness of the British culture.

The British have a fine taste in art, poetry, music, dance, opera and theater. The architectural legacy of the country is an evidence of the decades gone by.

Things about United Kingdom you may be interested in

When you are visiting Oxford you are really visiting the history of England’s academic life. Every building, church, tower or park has some remote connection with one of the colleges in Oxford. Therefore, Oxford Sights is more than a description of what to do and see in this town; it is also a depiction of university life itself.  Read more »

Who hasn’t heard of Oxford University in Great Britain? It is one the landmarks of British education, along with Cambridge University. This Oxford, History guide describes some important moments in the development of the city and of the university within it.  Read more »

Newcastle, or Newcastle upon Tyne, is a historic city located in North East England. Newcastle’s history is almost as old as England itself, going back to two thousand years ago. The Roman ruins are a living proof of Newcastle’s longevity and rich cultural heritage. During the Roman occupation, Hadrian’s Wall was built as a system of defense....  Read more »

Norwich is the capital of Norfolk County and an important tourist destination, thanks to the natural beauty of the surrounding area, but also due to its numerous restaurants, nightclubs and shopping centers....  Read more »

Reading, in Berkshire, is thought to be the largest town in Britain, and it is also the country’s most important tourist attraction. A large crowd of music lovers gathers in Reading every year for the Reading Festival, the largest music festival in the UK after Glastonbury, but there are plenty of tourists who visit the city all year round....  Read more »