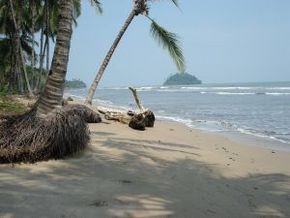 The country is blessed by nature with sights and natural resources. However, neither the tourism, nor the underground riches are exploited to their full potential. Places like Mount Bromo or Mt. Krakatau may sound a little scary due to the volcanic activity nearby, so may sound Komodo National Park as reptiles are not the favorite animal for many people. Still, the almost 18 000 island forming the country, including the superb and famous Bali, Lombok, Borobudur are an attraction to many tourists, despite the danger of earthquakes, tsunamis or social instability. If you avoid discussing to the local corrupt authorities, avoid crowded places especially with your pockets full of valuable things or stay away from water coming out of the tap, there are good chances to get home safe and sound. Take care of the local medicines- a local renowned one is Jamu, comprising more curing recipes. It may do you good, but it depends of the hygiene and water used when preparing it.

The right to religious freedom is given by the Constitution, but the government declared as being official 6 religions: Islam, Protestantism, Catholicism, Hinduism, Buddhism and Confucianism. Many of these have less orthodox “branches” or some apply to syncretism, being more a gather of customs and believes: Dayak Christians, Javanese abangan. Recently, orthodox Christianity was brought to the country by someone who had traveled to Greece, to Mt. Athos, although he was born a Muslim. There are also Jews, but the community is very small. The national motto of Indonesia is “unity in diversity”, unfortunately this being a slogan not always respected.

Indonesia -Feasts As the country has besides many religions around 300 ethnic groups, for instance the New Year is celebrated at least three times: in the European style on the 1st of January, some time in the same month the Muslim New Year- Satu Muharram, then the Chinese one at the beginning of spring. There are also Christmas, Waisak- the wake of Buddha, Nyepi- Silence Day for the Hindus, the end of Ramadan. A local performance is the shadow puppet show, illustrating the Hindu mythology. Worth seeing are the Javanese and Balinese traditional dances present at many celebrations.

Fruit juice associated with ice, a cup of Java, kopi luwak- coffee made from digested beans, eaten by the civet, coke like juice named Tehbotol are just a few choices to stay hydrated in this very warm an humid country. Traditional drinks consist mainly of non alcoholic cocktails made of fruit or coconut milk and spices. Alkohol is available for tourists, but it is advisable not to get drunk in public places as this may lead to conflicts with the police and even arrests. You may eat rice in many combinations, noodles, grilled chicken or vegetables, but take care of the chillies used in sauces. Anything might be eaten by hand. The concept of non smoking restaurants does not exist. Cigarettes are very popular, but the traditional and the cheapest brands do not have filters.

The capital of the country is Jakarta. As in many countries with the majority of the inhabitants being very poor, there is a striking contrast between the sight and the smell of the regular districts and the cosmopolite shopping centers or the nightlife spots of the city. If you are traveling during Ramadan, take care when you plan your evening because everything closes earlier.

Not far from the capital, Jakarta, Bogor is one of Indonesia’s thriving and exotic cities. Home to over 3 million people, Bogor is a pleasant city, and a favorite among Indonesia’s elite, many of whom have built villas in the wealthy quarters of the city....  Read more »

Chinese cuisine, seafood, local specialties…all these make Makasar a foodie’s paradise. Makasar nightlife cannot be described as real hot and happening and it will be a blunder if you compare it to that of Jakarta or even of Bandung. Actually, no two places are the same and so it is no use comparing....  Read more »

Makasar is a truly modern city but care has been taken to preserve its rich past. No wonder that Makasar city is one of the most hot tourist destinations in Indonesia. You will need to note, however, that although there are a number of historic and religious monuments in Makasar, it is not just a city of buildings and monuments....  Read more »

Present-day Makasar city has a pretty long history, dating back to the fourteenth century. In those days, of course, it was nothing like an integrated, powerful dominion; it was rather divided into a number of small kingdoms. Things started changing in the sixteenth century when these minor kingdoms united to form two significant principalities – Gowa and Tallo....  Read more »