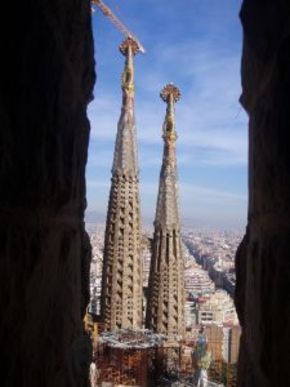 It is a country of great diversity and not just as far as the climate and landscape is concerned. In the northern part you have a mild but sometimes rainy climate while in the south you have high temperatures and a dry climate.

Its history and culture was greatly influenced mostly by the Romans, Muslims and Christians so when you travel through the country you can see the differences among the regions, that is if you have enough time.

Andalusia is the southern part of Spain where the Moorish influence is the most evident and the architectural style is the one that is noticed the first. The Alhambra palace is the best example of Moorish architecture and you must include it in your itinerary. In Cordoba Mezquita is another attraction just as important. Muslims consider it very important and it is a major prayer site.

Catalunya is another region very different from the others even in its language which is Catalan(but you don’t have to worry everybody understands and speak Castilian Spanish). This region is the most cosmopolitan of all due to its intense international commerce. The region’s capital is Barcelona, a very popular city with tourists, but the beaches in Costa Brava are also a great attraction.

Balearic Islands - is one of the most sought regions, a paradise with 300 days of sun per year. Tourists flock here from all over the world to savor what Palma de Mallorca has to offer, sheer pleasure on some of the best beaches in the world.

Its economy is based on services, fishing, constructions and tourism making it one of the most visited countries on earth.
Visitors from the UE need only a valid ID while Americans, Canadians, Australians and people from New Zeeland and South Africa need a passport.

Shopping - just like in Italy shops in general have a morning and an afternoon schedule with a break in the middle when the Spanish have their siesta. It is a very healthy habit to have a longer break during the day when you have a proper lunch and a nice rest that recharges your batteries for the rest of the day. Because of the high possibility of theft, tourists should never take out too much money to be seen and should mind their pockets and bags, better still to leave their valuables in the hotel safe. If you are robbed, call 091.

But this is nothing unusual as everywhere where there is a great flux of tourists, pickpockets are on site.

Travelling - if you travel by car you don’t necessarily need an international license. Speed limit in cities is of 60 km/h. You can also travel by train. There are more types of trains like Talgo, T200, Alaris, Euromed which are fast trains but the AVE is the one that offers the best services. If you want to travel long distances during the day you should go for Diurnos, while for night travel there is Estrellas which are less luxurious than Trenhotel. Busses are a good choice and you pay the driver about 1 euro when you get on the bus. You can also buy tickets from the kiosks. You get on through the front door and get off at the back door.

When visiting churches or religious sites you need to be dressed accordingly that is no short skirts and naked shoulders.

Spain has a lot to offer to the tourists, great views, excellent beaches, water sports, good food, mountains, cultural diversity, a rich history, all in all - variety. No matter what your interest or budget is Spain is accessible to everyone and you will surely love it. Start with the major attractions though like Madrid, Barcelona or Palma de Mallorca and you will definitely want to see more.

The Balearic Islands are one of the most popular destinations that tourists choose when coming to Spain, offering them exquisite beaches and explosive nightlife. The most famous of the islands are Ibiza and Mallorca. You can read more about the former in Ibiza Travel Guide while the latter will be described in this Palma de Mallorca Nightlife guide....  Read more »

All can admit that no one knows how to party better than the Latinos and no other people does this better than the Spanish. Sevilla Nightlife is no exception....  Read more »

This year, if you imagine yourself enjoying your holiday on a hot sandy beach tasting a refreshing cocktail under a huge umbrella, listening to the “music “ of the agitated sea and feeling the breeze cooling your skin, then you should definitely buy a plane ticket to the sunny Almeria....  Read more »

Santander is located on the northern shores of Spain overlooking the beautiful Cantabrian Sea and is the capital city of the Cantabrian region. It is close to cities like Pamplona and Bilbao. In the following paragraphs one can find useful Santander travel guide information.  Read more »

There are a few people, and those are mainly historians, who know that the name Almeria comes from the Arabic language, meaning “The Mirror of the Sea”. Almeria History is closely related to its geographical positions....  Read more »