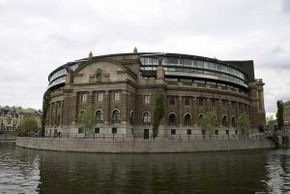 A distinct location for a relaxing holiday may be Sweden, or the Kingdom of Sweden, a country of contrasts. Urban Sweden is stylish, modern, and sophisticated while the rural side offers many simple pleasures for people looking for quietness.

Sweden occupies most of the Scandinavian Peninsula stretching from the far north as far as the Baltic Sea in the south, with about 15% north of the Arctic Circle. In north-east it has borders with Finland, in west with Norway and is linked to Denmark in south-west by the Öresund Bridge. Due to its location so far north Sweden is also called the land of the “Midnight Sun” where in the summer months the sun is still visible even at midnight and in winter time the sun doesn’t rise the entire day.

Sweden has mostly a temperate climate with four seasons and mild temperatures, but it also has oceanic influences in the south, subarctic ones towards the Arctic Circle and a humid and continental climate in the center. All these features make the country accessible throughout the year for different holiday activities.

The geography of this country combines the mountains from the west (with their highest point in Kebnekaise 2111m) with eastern intricate fiords and southern marshes and lakes. Sweden also has an island area, with its largest islands Gotland and Öland.

Sweden is well known together with other Scandinavian countries for the middle age period of the Vikings, feared warriors, and excellent sailors famous for their war expeditions.

Forests in Sweden cover more than half the surface especially the coniferous vegetation. The fauna is represented by many species like the bear (protected by law), moose, lynx, and impressive bird species like the lack cock, woodcock, and swan and last but not least the water fauna with its most popular species the mackerel, sprat, herring and many more. There are 28 natural parks in Sweden protecting the typical tundra and taiga flora, the polar or temperate forests fauna like the Djurö National Park, Gotska Sandön National Park, Pieljekaise National Park and more.

One of the most modern nations, with advanced structures allowing the development of any king of tourism, Sweden is the place to go for a healthy, relaxing vacation. If you decide to visit this country you must know that people from the European Union don’t need a visa only a valid passport or ID, instead the medical insurance is compulsory.

The currency is the Swedish krona and the national language is Swedish though most of the population speaks English fluently.

Sweden has a very efficient transport infrastructure, most of the roads, highways, railways, ports and airports being located in the southern areas. Transport on the Swedish canals is very frequently used by tourists, Stockholm and Goteborg being the most important ports. You can also travel with local airlines (the main one is the Scandinavian Airlines System) and the main international airports are the ones from Arlanda, Landvetter and Sturup.

Sweden offers a variety of holiday locations, from the famous ski resorts where you can enjoy besides skiing, snowboarding, husky sledging, snowmobiling, and even sleeping in an ice hotel to the countryside resorts where you can enjoy the landscape or go salmon fishing. Other important tourist attractions are the medieval towns, castles, and cathedrals remembering of the captivating history of these places.

One of the most famous ski resorts is Ǻre, offering good skiing for beginners and intermediate skiers. There are many types of accommodation here depending on what you like most, a spa traditional hotel, farm houses turned into hotels with spectacular landscape, a modern hotel, a traditional timber house, hotels closer to restaurants and shopping centers or hidden somewhere overlooking Lake Siljan and the surroundings. It’s a resort fit for everyone whether you are here with family and children, on a business trip or on a romantic honey moon.

Swedish cuisine is based on simple, traditional dishes, using mostly diary products, local fruits, potatoes, beef and pork meat, seafood and a lot of fish. All dishes are accompanied by one of the many types of bread, even sweetened and spicy bread, and sauces. A traditional meal is meatballs served with gravy, dishes consisting of fish especially herring called surströmming or eel, meat or potatoes served with lingonberry jam, fruit soups and many more.

Today the Swedish chefs are famous after winning different international prizes and are recognized all over the world. Due to the fact that Swedish people have always been very open to new things, the influence of the international cuisine is felt, so if you go to Sweden you can enjoy a nice traditional meal as well as sushi or a delicious pizza.

In just a few words when you think of Sweden you think of fairytale in winters, rocky islands and shores, impenetrable forests, herrings, Vikings, Alfred Nobel, the Midnight Sun, and much, much more.

Norrköping is a Swedish city 267 miles from Malamo and 277 miles from Copenhagen, in the province of Östergötland in the east of the country. It is also the seat of Norrköping Municipality. It lies by the mouth of the river Motalaström, at Bråviken, which is an inlet of the Baltic Sea....  Read more »

Helsingborg is one of the oldest cities in Sweden, located on its south-west coast, 34 miles from Malmo and 255 miles from Norrkoping. The city lies east of the Öresund and its major businesses are trade, industry and tourism. Helsingborg travel guides recommend it as a main travel destination for thousands and thousands of leisure visitors from all over the country and abroad....  Read more »

Malmo is the third largest city in Sweden, and one of the most popular tourist destination in the country. The locals are fond of saying that if you’ve seen Malmo, you’ve seen the world. Malmo is located on the southern tip of Sweden, and it is an important port city....  Read more »

Norrkoping City is found at the eastern province of Sweden known as Ostergotland. Similar with Malmo, the city is also the capital of Norrkoping Municipality and Ostergotland County. Some of Norrkoping’s nicknames are: Sweden’s Manchester; Peking; and Surbullestan (City for textileworkers)....  Read more »

Norrkoping is a little city but with very large services offered to both residents and visitors. The city has an extensive variety of activities for everyone, whether it is a tourist or an old acquaintance. Visitors will unquestionably have a great time when staying in Norrkoping....  Read more »