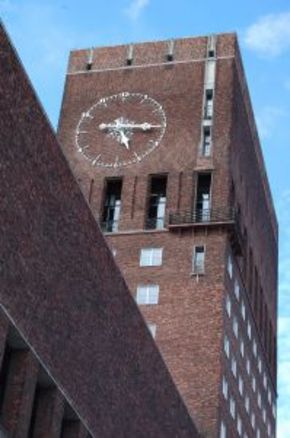 Norway- a country of contrasts

Also called the country of the Vikings, Norway is a country its residents are proud boasting beautiful landscapes to great personalities.

This country is regarded by tourists as one of the most beautiful in the world and one of the things that helped it gain its world recognition are the fiords bordered by the steep cliffs; there is nowhere such a beautiful coast as the Norwegian coast. Other things that contributed to its fame are the waterfalls, mountains, green islands, crystalline lakes, pine forests and glaciers.

Despite its cold climate Norway is a “warm” country, once you set foot on this land you will relies how welcoming it is, a country of contrasts where land alternates with water in a wonderful combination.

Its territory started to be populated thousands of years ago as the glaciers began to melt, being inhabited in antiquity by Germanic tribes. The Vikings, the great navigators, are known worldwide and one of the most famous Viking, the Norwegian believe, was Leif Ericson who discovered America in 1000 A.D. There are plenty of museums to visit and find out more about the Vikings and their conquest, one of them is Vikingskiphuset that displays Viking ships.

Most of the inhabitants live near the coast, as the winds brought from the North Atlantic make winters milder than in the rest of the country and the snow melts faster. That’s why most of the ports are opened and free of ice most of the year. Deeper into the territory winters are harsher with snow being omnipresent. But they turned this into an advantage and skiing became the national sport.

Other advantages that made this country even richer are the sources of petrol found in the North Sea.

Over 3 million tourists visit Norway every year, the main attractions being the fiords that are listed in UNESCO world heritage sites, the country’s capital, Oslo, and its surroundings, the wooden churches dating the 12 the and 13th century, Bergen (a cultural and historic centre) Trondheim and Tromso. Nordkap is the northernmost point of the continent and not far from it is Lofoten island where tourists can go to see whale hunting. The cities and town are modern but there are less high rise buildings and the lifestyle of the residents is calmer and not so hectic as compared to other industrial towns in Europe.

Oslo, the capital is famous for its many attractions: Bygody peninsula is visited for its museums; Akeshus castle, a medieval castle built in 1299 located near the city centre; the town hall found near the water and where every year the Nobel prices are awarded is opened for visits; the Parliament building is also opened for visits ant there are free guided tours; Holmenkollen is a sky jump found in the western part of the city that offers a panoramic view once you are at the top.

Most cities in Europe are gifted with wonderful daytime sprees and tremendously entertaining nighttime options. Just like the cities of Bergen and Oslo, Sandnes in Norway is said to be very rich when it comes to nighttime options. These facts are depicted in a list of restaurants, bars and clubs that every traveler cannot miss to visit.  Read more »

With over 60,000 inhabitants, Sandnes is the eighth largest city in Norway. The city is a part of Rogaland County and it is situated in the center of North Jæren Region. Sandnes is regarded as the Cycle Town because it has manufactured a large number of bicycles over the years and it has a lot of safe bicycle paths....  Read more »

Tromso Nightlife provides a typical list of evening options a traveler or a local may spend in Norway. Just like the wonderful nighttime happenings in Oulu and Vaasa, Finland, Tromso will surely astonish its guests with its delightful options for an evening.  Read more »

Tromso is the seventh largest city in the country and it is the largest urban area in Northern Norway. It is the capital city of the Troms County as well as the administrative center of the region. The city is rich in history and culture the locals are proud of. Added to these are the scenic and fascinating attractions that every traveler intends to explore....  Read more »

Stavanger is a city in the Rogaland County, which is situated in the southwestern coast of Norway, and it is the fourth largest city in the country. It is also regarded as the Petroleum Capital of Norway since its primary source of income for the economy is oil industry. Stavanger, at first glance, is a successful cosmopolitan city....  Read more »