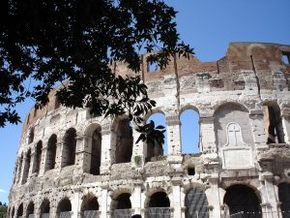 Italy is a country that is well known for its magnificent historical monuments, glittery cities, shopping and its glamour and style. The people of Italy are deep rooted in their age old traditions and culture but what makes the country special is its diversity. Dotted with frost covered mountains, forests, lakes and the beautiful coastline, the country offers a perfect opportunity for you to pamper your taste buds with one of the most admired cuisines. A vacation to Italy might be a little expensive but is surely worth it.

Italy’s economy has come a long way since World War II. From being an agriculturally based economy, the country has shifted its concentration to processing and manufacturing of goods, which has supported the economy quite well. Tourism, commerce, communication, textiles, iron and steel etc are the major industries that contribute to the economy of Italy. Textiles and clothing, electronic goods, machinery and automobiles are some of the main exports that Italy has to offer.

Italy has an efficient infrastructure even though it performs a little less than other countries of comparable size. The transport facilities in Italy are just perfect, with a well connected network of highways, over 130 airports connecting Italy to 60 other countries and a highly developed rail service. Though Italy is ranked No.2 by the WHO, most public hospitals in Italy are considered to be under-funded and overcrowded.

The rich culture of the country is reflected in its art forms of paintings, sculptures and theatre. Home to some of the greatest legends, like Leonardo Da Vinci, Michelangelo and Giorgio Morandi, Italy has been blessed with people who had a taste for fine arts. Opera is said to be originated in Italy. Many people don’t know that piano and the violin were also invented in Italy. Italy was an abode to a number of famous composers like Vivaldi, Alessandro Scarlatti, Verdi, Puccini etc, giving Italy a higher appreciation in the field of music.

Rimini, Travel Guide – Overview Rimini can be found in the East of Italy, on the shores of the Adriatic Sea, in the Emilia – Romagna region. Due to its 20 km long sandy beach, it has become one of the most popular seaside resorts for Italian and foreign visitors as well....  Read more »

The most famous Italian resort of the Adriatic Sea, Rimini is a great destination for those who love both amazing natural scenery and centuries old monuments. The interesting part about Rimini Sights is that they offer more than sandy beaches and warm, pleasant waters....  Read more »

Rimini, Nightlife – Restaurants If you want to visit Italy and a sandy beach with a fabulous landscape on your mind, then Rimini should be your choice. This resort is one of the most popular in Italy, luring its visitors with beautiful scenery. When you are done bathing in the sea and lying in the sun, then you might want to check some of Rimini Nightlife activities. ...  Read more »

Rimini is a special Italian resort, located on the Adriatic Sea, offering its visitors both exquisite marine landscapes and unforgettable remnants of the past. Rimini, History starts with the Roman period, more specifically with the year 286 BC when the official name for the town was Ariminum (this is the ancient name of Marecchia, a river that borders Rimini)....  Read more »

Trieste is an amazingly beautiful city located in the north east of Italy, near the border with Slovenia. It has everything a tourist can desire: ancient architecture, the Adriatic Sea and the Kras Plateau, which looks like a veritable mountain. Trieste’s geographical position created a perfect climate with warm temperatures that start at the beginning of March an ends in October....  Read more »