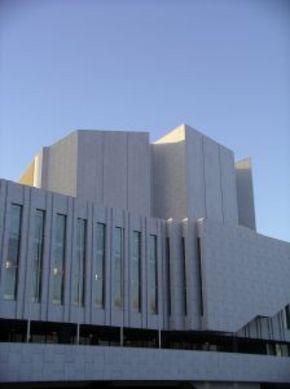 Finland is located in Northern Europe, between The Baltic Sea, Sweden, Norway and Russia. Almost three quarters of its area is covered by forests, making it the country with most forests on the continent. Besides forests, there are 180,000 islands and 190,000 lakes that are very popular among tourists.

The standard of living is quite high as compared to other European countries, so it can be said that people in Finland live in a fairy tale surrounded by medieval fortresses, snow castles, and unique landscapes, but they blend all these with technology and modern art. Some of the famous ambassadors of the country are formula 1 pilots Mika Hakkinen and Kimi Raikkonen, the one who created the Linux operating system, Linus Torvalds. As compared to Windows, his system can be used for free and more and more people are using it. But undoubtedly the best known person is Santa Clause who can be found at Santa Claus Village, FIN-96930 Arctic Circle, Finland. Don’t hesitate to pay him a visit once you are in Finland!

You can also find him in the amusement park near Rovaniemi, the most important town in Laponia where he comes to meets kids of all ages. Rovaniemi is the largest town in Europe stretching on more than 8 thousand square km and being mostly covered by forests. You can also visit Arktikum which is a museum and scientific and cultural centre where you can find out interesting facts about the history of the region.

An important stopover would be at the Snow castle in Kemi that is rebuilt every winter and it is recognized as being the largest of its kind in the world. You can dine at the restaurant made of snow and ice and pray in the snow chapel or even get married there as so many couples do due to its uniqueness. You can even get to see aurora borealis! After such a visit, the best place to rest is at the snow Hotel Mammoth where even if the temperature in the rooms does not exceed -5 degrees, you get some warm sleeping bags to make your night warmer. This hotel is definitely a must as Lonely planet ranked it as the most ecscentric accommodation place in the world. You can complete the list of unusual place with some excellent activities like a safari with the snowmobile, a ride in a sleigh drawn by reindeers or a traditional sauna. Of course, Helsinki cannot be left out of your tour where you can visit the Senate Square, the cathedral, the university, the museums and for the kids the Linnanmaki amusement park. The term nightlife in Helsinki in kind of improperly used as there is no darkness during summer. Suomenlinna is a maritime fortress listed in the UNESCO heritage sights close to the city and stretches over eight islands with 8 km long walls Finland Travel

To the tourists delight this country can be visited without problems throughout the year, but the best period is still from May to September when temperatures are higher and you can get to have “white nights”. For skiers the best period is February and skiing can be practiced in good conditions till June, in Laponia. Of course, family trips are best during Christmas as kids can get to see Santa Clause’s residence where you can get by bus or by plane.

Another popular period to visit the country is during the famous rock festival called Ruisrock, one of the oldest of its kind in the world. The festival is held every year in July on Ruissalo Island.

Finland is a country with many surprises in store; it is just like a big present waiting for you to unpack!

Seinajoki is located in the central western Finland, in the region called South Ostrobothnia, 60 miles from Vaasa and 107 miles from Pori. This Seinajoki travel guide will outline the most important information on the city.  Read more »

They say Finn people are too quiet and too peaceful, but it is not true. They all have a way of enjoying life and its pleasures. Nightlife in Porvoo can be as lively as in any city in Europe. You will find, in the core of the medieval city, a wide range of restaurants and bars, all inviting you to spend a pleasant evening in the company of the beloved ones.  Read more »

This Rauma travel guide will give you just the teasers you need to go and visit the small but fascinating city in Finland. Rauma is located on the western coast of Finland, some 90 kilometers north of Turku and 50 kilometers south of Pori. You should imagine the city as an idyllic setting with a long, rich history and a thriving cultural life. It has about 40....  Read more »

Seinajoki, found in Southern Ostrobothnja province, is considered as one of the fastest developing city centers in Finland. The city is a flourishing commercial and cultural center. With a present population of around 56,000 and a very constructive approach to entrepreneurship, Seinajoki poses a great friendly environment and comfortable living to residents and visitors alike....  Read more »

On January 01, 1997, the city of Porvoo and the Municipality of Porvoo were merged. The unification is known as the City of Porvoo. The collective resources of the city have made Porvoo an ideal destination for travelers who are keen about culture and wonderful ambiance. Porvoo is the second oldest town in Finland and is a really exquisite place to go for a vacation....  Read more »