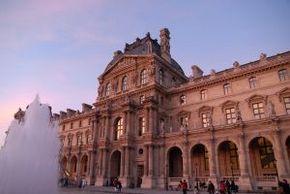 France is rated as one of the most admired holiday destinations in Europe. With cities like Paris and Lyon, you can expect a great holiday in the country. Serene beaches, picture perfect landscapes, lush green arenas along with luxurious hotels and resorts offering fantastic amenities will make your France travel a memorable affair.

France is one of the most powerful countries in Europe and stands very high in the list of industrialized nations. France came out victorious in both World Wars but it suffered great losses of wealth and manpower. However, it recovered quickly and moved ahead. Major industries backing the economy today are coal, iron and steel, gypsum, petroleum and gold.

France has a sound infrastructure with well connected network of rail, road and air transport. French railways has connections to other European countries along with major cities within the country. The extensive network of roads in the country not only handle domestic but also international traffic. With more than 475 airports, there are regular domestic and international flights available. France offers top class education and health facilities for its residents.

French culture is known for its elegance. The rich culture of the country reflects in its cities, historical monuments, cuisine, music and language. France is home to people of various ethnic groups like Germans, Asians, Russians and North Americans apart from the French.

The people of France take pride in their cosmopolitan culture and the fashion industry is one of the biggest reasons for it.

Art is an important part of the culture and various renowned artists were born in France. It is also famous for its exotic wines and French cuisine is regarded as one of the most graceful and stylish cuisines of the world.

Dijon History began quite late compared to the “birth” of other French cities, as this Roman settlement known as Castrum Divionese, has many times been destroyed by numerous attacks and fires. The town is considered to date from 1015, when Robert I decided to settle the capital of his duchy here....  Read more »

Dijon is a beautiful French city located in Burgundy Region. It is a perfect place to start visiting this side of the country, being also known as the hometown of Paris’ most famous architect, Gustav Eiffel, whose name is related to one of the most famous symbols in the world: Eiffel Tower. ...  Read more »

Aix-en-Provence is the Provencal town par excellence. A mere dozens of miles away from Marseille, Aix couldn’t possibly be more different from a large metropolitan area. The charm of Aix-en-Provence resides precisely in its quiet, picturesque atmosphere that has inspired great artistic geniuses such as Cezanne or Zola....  Read more »

Metz is the capital city of the Lorraine province and is located in the north eastern part of France 90 miles from Strasbourg and 137 miles from Dijon.  Read more »