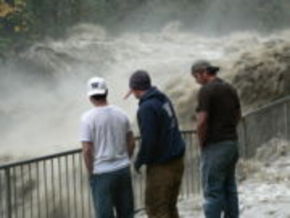 Originally named after the first U.S President, this state is and remains to be the only state to be named after a U.S president. This state is a treat for any tourist as it hosts an array of museums, gardens and parks, wildlife parks, outdoor activities like snowboarding, skiing, bird watching etc, and enough scenery to flood a tourist’s itinerary.

The major industries that contribute to Washington’s economy are manufacturing, agriculture, tourism and services industries with aerospace being the most important. Coal, silver, cement, gold etc are other products that Washington provides to the U.S, making it a very important state as far as the country’s economy is concerned.

Washington has a highly developed network of State Routes. It also has 16 state airports and the third largest ferry system in the world. Washington is also home to four of the longest floating bridges in the world that connect Washington to other important areas and other cities.

Washington State hosts a massive collection of mind blowing architecture and art displays for art lovers form all over the world. Washington also enjoys a great platform for music and theatre in the city. This city is also home to a huge array of museums and historical and architectural sites that boast Washington’s cultural history.

Pasco, the oldest city of the Tri-Cities metropolitan area of Washington, was officially incorporated in the year 1891. This is generally ear-marked as the starting point of Pasco history, but the Pasco-region had been inhabited by humans quite long....  Read more »

Pasco may not be as big or as famous as a city like Olympia or Seattle but this does not belittle the city’s significance as a tourism destination. Pasco is not far away from sights like the Wallula Gap or the Hanford Reach National Monument but the city itself has enough to keep you busy for a short break....  Read more »

If you have the chance to get to Washington, then you cannot possibly miss the chance to visit one of the most exciting places there: Vancouver. Located on the north bank of the Columbia River, this city is surrounded by many interesting tourist points. In the west, at just 90 miles away, there is the Pacific Coast....  Read more »

Pasco is one of the famous cities in the state of Washington, US. It is also recognized as the tri-cities of Washington. Pasco is full of hotels, motels, bars and restaurants. The city is famous for its tourist hospitality. Its population is 50,210, according to Washington State Office survey, conducted on April the 1st, 2007. The cost of living in Pasco is cheaper than other cities of the US....  Read more »

Walla Walla was actually a tribe that lived in the north western part of the United States for ages. This tribe is amongst the three tribes which make up the Confederated Tribes of the Umatilla Indian Reservation. This federally recognized confederation consists of two more historical tribes namely the Umatilla and Cayuse....  Read more »