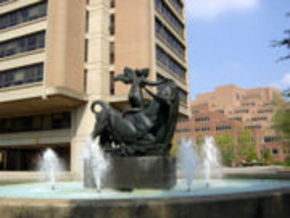 Tennessee is famous world-wide for its musical heritage and the King of Rock n Roll, Elvis Presley, continues to be the key attraction of Tennessee Tourism even after three decades of his death. Tennessee, especially its leading cities like Nashville and Memphis enthrall one and all with their legacy of different musical genres – modern country, blues, rock n roll, et al, but Tennessee Tourism does mean a lot more.

The rather slim and trim state in Southeastern United States has enamoring natural beauty; besides, its various natural regions featuring lakes, ridges, valleys, plateaus, plains, mountain brooks and rivers, etc. (some organized as part of the state’s 50 or so state parks) present the prospect of a number of adventure sports and activities. The state’s many pre-historic, historic sites like Stones River National Battlefield and Trail of Tears National Historic Trail, on the other hand, promise you an altogether different kind of thrill.

Nashville: Nashville, the capital of Tennessee, is a must-visit destination for country music lovers, be it for the Ryman Auditorium (considered the birth-place of country music), the Country Music Hall of Fame and Museum, the Grand Ole Opry or the country music events/festivals. A cultural/entertainment scene besides country music exists in Nashville and you will get a feel of the same in the city’s many art-centers, museums and theaters. The city is full of architectural attractions like the Nashville Parthenon (a full-size replica of Athenian Parthenon) and modern-day skyscrapers, beside its parks and gardens. There are some historically significant sites like the Battle of Nashville site and Fort Nashborough in Nashville.

Memphis: Memphis is not only the largest city but also the chief tourist destination of Tennessee. Memphis Tourism ideally starts with a visit to Graceland, the former residence of Rock n Roll legend, Elvis Presley. Memphis, again, has been the place where the likes of B.B.King, Jerry Lee Lewis and Johnny Cash have started their musical journey to stardom (mostly at the Sun Studio). Memphis is famous for its active nightlife (and that certainly includes its slow barbecued specialties), its carnivals and many cultural festivals. Among other Memphis-attractions are its many museums, Nature/Amusement parks, its Botanical Garden and Zoo.

Other Popular Destinations: Tennessee is full of places to visit, things to see and do. Thus, Chattanooga is famous for its scenic beauty but it also has an equally attractive cultural ambiance. The other Eastern Tennessee city of Knoxville is famous for its art centers and museums but it also promises interesting activities because of its proximity to the Great Smoky Mountains. Tennessee’s other two big cities, Clarksville and Murfreesboro, are famous for their cultural scenario. Then there are Tennessee’s many prehistoric archeological sites like the Pinson Mounds State Archeological Park and its historic sites dating back to the American Civil War days.

Tennessee is primarily an industrial economy, dominated by the manufacturing sector and its chief products include automobiles, chemicals, electrical appliances, food items, textiles, etc. With its beautiful locales and music legacy, Tennessee’s Tourism Industry is a top currency-earner. Businesses Houses and commercial ventures like FedEx Corporation, Nissan are head-quartered in top Tennessee cities like Memphis and Knoxville. Agriculture is practiced by a sizeable population and the chief agricultural products are cotton, cattle, dairy products, soybean, etc.

Tennessee’s infrastructure, especially transportation infrastructures of superb networks of highways and railroads, is quite strong. Tennessee also has a number of airports, further adding to passenger benefits and in organized cargo transportation.

Tennessee is famous for its rich musical tradition – a tradition that has evolved from the cultural influences of the multi-ethnic population of European settlers and African American slaves and is manifested in typical American music forms like blues, country, hip hop, jazz, pop and rock n roll, etc. The state’s art centers and museums stand testimony to the fact that the rich mix and exchange of cultures also reflects on artistic fields other than music.

Johnson City, Tennessee, was formally founded as ‘Johnson’s Depot’, a railway station/junction, in 1856. Although this was the real beginning of Johnson City history, the area had been settled back in 1777, when a community named Blue Plum came up here following the North Carolina land grants made to volunteers....  Read more »

Kingsport nightlife is not really hot and happening. It is not that there are no bars and clubs in the city, but most of these entertainment-spots pull down their shutters pretty early. Night owls, who look forward to partying hard at night, of course, can take short rides to nearby places like Johnson City or Bristol. In fact, locals also choose this alternative, especially during weekends. ...  Read more »

Knoxville history begins with the European settlers that came to the area and occupied it illegally, as the territory still belonged to the Cherokees. This caused many tensions that failed to go away over the years and by the end of the 18th century they had already reached a point of maximum instability....  Read more »

The city of Celina can be found in the state of Tennessee and it is the seat of Clay County. The city was named for Moses Fisk’s daughter. The cost of living in Celina is relatively lower compared to the average cost of living in the United States. In addition to that, the crime rate in the city is 1 in a scale of 1 to ten and most offenses fall under property crime....  Read more »

Celina Nightlife may not be comparable to other famous cities in the United States, but it is worth a visit anyway. The town has several restaurants and bars where a tourist can pay a visit. The life in these places may not be as spectacular as Columbus Nightlife, yet it promises to be a good spot to relax.  Read more »