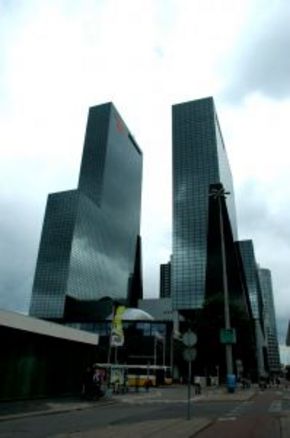 Holland (Netherlands) is a country a bit under the sea level with mild but wet climate. Its symbols like the wind mills, dams, and the tulip are known worldwide.

You don’t need a visa if you are from the European Union, SUA, Canada, Australia, UK or New Zeeland and you don’t need to show your vaccination record. You can enter the country with as much currency as you want as there are no restrictions, and you don’t have to pay taxes for your personal goods, there are restrictions though to plants and flowers.

You can fly in at one of the most popular international airports in the world called Schiphol located 14 km from Amsterdam. Taking the train is another just as good option as the links with major cities are excellent. You can also drive in, you don’t need an international driving license but you should take into consideration that using your car in the cities can be quite a nuisance and renting a bike is the best option if you want a self guided tour of the city. Especially in Amsterdam there are many points where you can rent a bike and leave it at your destination.

The most popular point to rent them is from the railway station as each railway station no matter how small it is has a bike rental office. There are bikes everywhere as the locals use them a lot. There are even special lanes for bikes so riding your bike is bliss. People use bikes for relaxation, going to work or shopping, everybody has a bike or two and no matter the age they use them. Even if everybody has a bike theft occurs quite often so you should always secure it if you leave it somewhere.

If you are a family with kids you can rent bikes that have seats for kids, Holland is a welcoming country for families and traveling with your kids is made easy by the many facilities offered for them. You can take them even in restaurants without worrying that they will get bored. The attractions found in every major city will keep them entertained and happy.

First thing you should do is look for the tourist information offices marked vvv and are to be found near every major train station or call 0900 400 4040. English and other languages are spoken there and there is no problem in getting the right information. In fact most locals speak English well so if you happen to ask for info on the street you will definitely get information in English.

As far as accommodation is concerned, you will always find classy hotels but if you want cheap accommodation you should take into consideration the youth hostels. You usually have to be part of YHA but it’s not a problem you can become a member on the spot. If you go with your friends you can opt for the rooms with more beds but there are single rooms too. Don’t pay for a room though before seeing it. Camping is also favored by young people and if you consider this option that ask for the free brochure that includes all the camping sites at the tourist information centers.

The best time to visit the country is in spring when there is not so much rain and the flowers in bloom are a splendid sight. Any time you visit though you should expect rain therefore pack an umbrella and raincoat, the weather in Holland is quite unpredictable, just as in UK. It is better to reserve your vacation or visit through a travel agency as it is much cheaper than if you book everything by yourself.

Shops are opened between 9 am and 6 pm. Later than 6 pm, that is till 9 pm, you can shop usually on Thursday in Amsterdam and Haga and on Friday in Rotterdam and Delft; Monday the shops are usually closed till noon. There are some shops that are opened till 10 pm. There are many exchange offices where you can exchange currency but the prices offered can vary quite a lot.

What people usually buy for souvenirs are tulip bulbs, cigarettes, chocolate, cheese and the wooden shoes.
You should also pay attention to places on the street that offer “cheaper” international calls, they usually cost double than if you went to a post office. Talking about cheap things, it is really cheap to eat in a university canteen.

For lost objects you should immediately turn to a police station as you will need a police report for your insurance company.
If you happen to be in Amsterdam you should know that the consumption of so called weak drugs is allowed and prostitution is “at sight”. They even have a sex museum!

Cuisine
You can expect good food and drinks. The basic and traditional ingredients are potatoes, cabbage, bread, cheese, and fish. Locals consume large quantities of potatoes and salads are very popular dishes. Bread comes in all shapes and tastes from white to black and from salty to sweet.

If you want to have a traditional meal it is better to stay with a local family, restaurants do not really serve traditional meals, but if you find one that does ask for: Hutspot met klapstuck, that is a mixture of meat carrots and potatoes, and another one is sausages with potatoes and cabbage. But don’t worry if you happen to be in a big city like Amsterdam you can try all types of cuisine from French to Vietnamese and waiters speak the language of the traditional food they serve. You can dine every day of your stay in another restaurant and you will feel like you have traveled the world to try different tastes. You can even taste traditional dishes form Surinam! But Indonesian cuisine is definitely the one that has been so popular that became part of Dutch cuisine. A typical Indonesian meal is the rijsttafel, a dish that has rice as the main ingredient. If you want to try the sambal sauce you should know that it is very spicy so a little is enough.

Among the Dutch specialties you can taste white asparagus with ham and eggs, puddings, pancakes and raw or smoked fish with a lot of onion. The raw fish with onion can be eaten in the street as a snack and it is a very delicious one, ask for nieuwe haring or orbroodje haring, they are delicious. But of course you can find any and every type of fish and sea food is among the best. As a snack eaten in the street you can also have croissants filled with cheese, liver, fish, ham, salad. Other quick snacks are the Vietnamese loempia, and the oriental shoarma, but maybe the most popular are the frites fried potatoes dipped in different sauces, but no ketchup. An interesting one is the sandwich with grilled cheese and ham.

Eetcafe are places where you can have good meals at a reasonable price. They are usually full at lunch and not really used for dinners. Pizzerias are everywhere and you can have really delicious ones. If you want to eat in style you go to restaurants which mainly serve French specialties.

Among the traditional pastry is ontbijtkoek, boterkoek or peperkoek. There are many types of cakes and sweets as Dutch love sweets. There is a delicious waffle called stroopwafel served hot in the afternoon with a cup of tea. They have a delicious apple pie too that is also served in the afternoon or evening. Pancakes are to be found in restaurants as deserts and you can choose the Dutch type called flensjes. The bread pudding is popular with the locals as it is the vla, a kind of crème made of eggs and burnt sugar.

Drinks – the most popular ones are beer and Dutch gin. As non alcoholic drink, coffee and milk are favored. In pubs beer is the most popular drink and you can choose from a variety of beers. One that must be tried is the white beer called wit-bier served with lemon. The Dutch gin called jenever comes in three types. Liqueurs are also very good and tastes are diverse.

If you go to Holland you will be bewildered by the many varied tasted and dishes on offer and there is a big chance you will find something you like.

Recent Travel Guides from the Netherlands

This Utrecht travel guide will give you all the basic information you need to visit this vivid and popular city in the Netherlands. Utrecht has a population of 300.000 and is the capital city and the largest urban agglomeration in the province of Utrecht....  Read more »

Being a cultural capital, Utrecht nightlife is sure not to disappoint you! Although it’s not as busy as Amsterdam Nightlife or that in Rotterdam, Utrecht has a lot to offer everyone once the lights go out....  Read more »

Utrecht has many sights to display, from medieval churches and creepy canal cellars to impressive modern constructions and shopping districts. It is a city that has it all and is very vivid and culturally active....  Read more »

Although Utrecht was a Roman settlement of fairly great importance as it constituted the northern border of the Holy Roman Empire, the city and its fortifications were abandoned with the Roman retreat and very little is known about Utrecht until the mid 7th century....  Read more »

You'll find that Hague nightlife is not half as buzzing as Amsterdam's Nightlife with its Red Light District or as Rotterdam’s. This is mostly due to the fact that The Hague has no university and therefore no students to keep the party going, but there are still plenty of things you can do in the city for entertainment....  Read more »