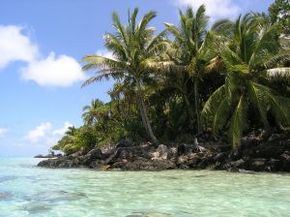 If you have reached the point when you consider yourself well-prepared to experience something new and unique, take a map and look for Madagascar, in the tropical seas off the southeastern African coast. Why Madagascar? Because it is a place like no other. Its unique wildlife and biodiversity, long coastline, tropical sun, glamorous beaches, dark shadows of deep rainforests, coral reefs, are good reasons to make you understand that Madagascar has been the best choice for it.

The Republic of Madagascar is an island nation which is located off the eastern coast of Africa in the Indian Ocean. The main island, named Madagascar, is known to be the 4th largest island in the world. Its long isolation from the mainland led to a diversified evolution of its flora and fauna, many species found nowhere else on the planet, that’s why it was named ”the eighth continent” by some ecologists and unique in its biodiversity.

The relief of Madagascar is formed by three parallel longitudinal areas: the central plateau, dominated by the Tsaratana Massif, which includes the highest point on the island, Maromokotro (2,876 m), the Ankaratra Massif, which is an enormous volcanic mass, and the Andringita Massif, which consists of huge granite mass; the coastal strip to the east, which descends into a low coastline bordered with lagoons; and, to the west, the zone of low hills and plains.

Madagascar has a subtropical climate, with only two seasons: the rainy season lasts from November to April when it is quite hot and rainfalls are abundantly present, and the dry season, the rest of the year, when it is cooler and windy. Monsoons sometimes bring cyclones to the east and north of the island during rainy season.

Madagascar has picturesque landscapes, sunny beaches, clear seawater, colorful coral reefs, but, for its unique endemic wildlife and rainforests, it is the best destination for natural history travels. The island contains a wide range of endemic plant species and it is the habitat of the strangest creatures living on earth, most of them the only kind of their own in the entire world. Analamazoatra Reserve is worth a visit being the most popular tourist attraction on the island.

Antananarivo, the capital city of Madagascar, located in the center of the island on the slopes of a rocky ridge, offers great deals of facilities for its tourists. Guarded by two forts on the eastern hills, the city is also a main touristic attraction in Madagascar. The city has a distinctively French flavor and attracts its visitors with its dominating Queen’s Palace and the Palace of Andafiavaratra, or the crowded market of Analakely as well. Ivato Airport serves the city and the island as well, keeping a best connection with the rest of the world.

Along the northwest coast of the island of Madagascar, some sunny tropical islands such as Nosy Be, Ile Ste-Marie or Ifaty and Nosy Ve, have the finest sandy beaches offering the best facilities for swimming, snorkeling or scuba-diving.

The island of Ile Ste-Marie is well-appreciated for its lovely white sandy beaches and the fantastic coral reefs. Three-star hotels, holiday villas and cottages, right on the beach, provide all the comforts for tourists spending their vacation on these tropical islands.

The southwest of Madagascar is the surfing wonderland. Coral atolls and reefs are also present and they can be explored in their magical world of colors and beauty.

Local traditional food consists of rice accompanied with some kind of garnish named laoka. This accompaniment is differently made by combining pork, white fish, dried strips of zebu meat or beef, with peas, beans, tomato sauce, peanuts, cassava leaves, all mixed and then spiced with garlic, ginger, mild curry, onions, and salt. Vanilla is also used for flavoring the savory dishes.

The currency in Madagascar is known as the Malagasy Ariary, MGA. Anyone to visit Madagascar should know the Ariary is a non-convertible currency; therefore the best idea is to exchange currency at banks or exchange offices in hotels and Ivato Airport.

All foreign passport holders need entry visas to visit the Republic of Madagascar. It can be easily obtained in no longer than 24 hours since applying.

However, if you are flexible and wishful for something unpredictable, a unique experience of a lifetime, then go and discover the fascination that the island of Madagascar can provide.

A
A
Antananarivo
guides

Antananarivo, just like other places in the world, comes from a rich history.  The latter was responsible in coining the name for this Madagascar city.  There were several events to which the place owes its existence. Here are some interesting records of the past.  Read more »

The city has a panoramic view that gets even better when the night falls. Antananarivo offers a wide selection of night spots that every one, tourist and residents alike, will enjoy.  Go to their nightclubs and bars or to their restaurants and theatres.Bars and Nightclubs There are a lot of bars and nightclubs that you can choose from in the city....  Read more »

Antananarivo is the capital city of Madagascar.  Since the city’s name is somewhat hard to verbalize, the term Tana as a shorter tag for the city has been popularized by some tourists.  Here is a brief description of this truly astounding place.Travel International flights bound for Antananarivo arrives at the Ivato Airport....  Read more »

Situated, as it is, in the center of Madagascar, Antananarivo is a good stop-off point for sightseeing throughout the rest of the island.  Indeed, it is the country’s capital and hosts one of its main airports, therefore is home to a bustling tourist industry.  There is no shortage of things to see and do in Tana, as it is known to both locals and tourists alike.  Read more »