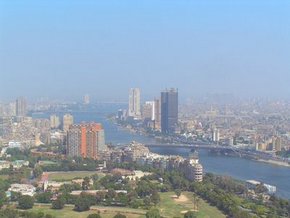 Egypt is a place chosen by many tourists to sunbathe or enjoy historical sights. Generally it is associated with pyramids, but a more detailed visit is recommendable. Not so many people see remote destinations like Abu Simbel, Alexandria or Sinai Peninsula, a place full of religious landmarks. Still, a cruise on the Nile is the choice for a lot of people. It may start from the dam of Aswan or from Cairo and it usually includes stops for visiting temples like Kom Ombo, Edfu, Luxor, Karnak and many others. Seeing the Valleys of the Kings And Queens is another possibility allowed by this method of ship traveling.

The burial grounds at Giza are famous for the pyramids of Cheops, Kafren and Menkaure, but early mastaba tombs only aspiring to the perfect form of a pyramid are not to be ignored. A great necropolis is at Saqqara and a clue for the way pyramid were built in early stages are given by Zoser or Unas funerary monuments. If you prefer modern religious scenery, admire the minarets belonging to mosques like the 9th century Ibn Tulun, Al- Azhar, Muhammad Ali-built in 1830 and resembling Hagia Sophia in Istanbul. Do not miss the Coptic churches. Speaking of monotheist religions, one should remember the concept existed in ancient times: pharaoh Akhenaten gave Amon Ra (God of Sun and creator of Universe) all the power and cancelled the role of other Gods. It is true this belief did not last long. Also the concept of after life is the main element of ancient religions.

All tourists will find out immediately about the welcoming attitude of the locals. Sometimes this does not lack material interest as sums of money might be required even for taking pictures. It is not a rich country and the sums of money asked are normally modest, so it’s not a reason to get too upset. The traffic is strange; it does not take into account any rules, so avoid renting a car and be careful when street crossing. Bargain is part of shopping and refusing it means refusing the pleasure of selling for the local merchant. There are a few shops with fixed prices for European attitudes.

Cairo has many luxury hotels, malls or smaller shopping places. Taxis are pretty cheap, so even if the city is widely extended, getting from one place to another should not be a problem. An emblem of the city is the Egyptian Museum, where you could spend days examining the shelves full of tomb inventory: canopy jars, statuettes, textiles, jewelry, funerary masks and last, but not least the inhabitants of the tombs themselves, very well conserved.

Egypt- Blessing of the Nile:

Egypt is able to have a basic agriculture due to the fertile banks of the Nile. The great cultural spots are also close to the River, as they were built in the proximity of water supplies. However, water, be it from the Nile or the sea or shadow cannot totally cool the extremely hot days characteristic to Egypt almost the entire year. Visiting is recommended during the European winter, but anyway months like July and August are to be avoided.

Shubra Al Khaymah is located in north-eastern Egypt on the eastern shores of the Nile River. Shubra Al Khaymah travel guide is a summary of the main aspects regarding the natural, human and economical aspects of the city.  Read more »

Beni Suef is the capital city of the Beni Suef Governorate, in the centre of Egypt. Located on the west bank of the Nile River, 115 km south of Cairo, and 159 miles from Alexandria, Beni Suef is an important agricultural center, famed in the Middle Ages for its linen....  Read more »

Maybe not many of you have ever heard about this unique place called Damanhur. However, it doesn’t only exist, but also bears the traces of an amazing culture: the Egyptians, proving once again the greatness of their early many achievements. Damanhur is located in the Lower Egypt, northwest from Cairo and only 70 km from Alexandria, right in the middle of the west part of the Nile Delta.  Read more »

Tourism industry is the backbone for the economical growth of this city and hence the government of Luxor has worked hard to improve the city for the tourists that regularly hit this city. As a result the Luxor Nightlife has become very famous in the surrounding areas due to the serious involvement of the local government....  Read more »

The city of Luxor is located in the southern section of Egypt which is also famous as the Upper Egypt. This city is also the capital for the Governorate of Luxor thus increasing its political as well as economical importance. In this Luxor Travel Guide we will list some of the facts related with this city that you must be well aware of if you are planning to visit this city.  Read more »