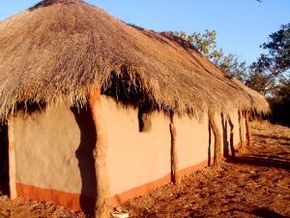 Zambia, an independent republic in south-central Africa, is well known for its rich wetlands, vast planes, and the legendary African safari. The Zambezi River runs through the region and is the perfect location for river rafting, canoeing, and tiger fishing. The spectacular Victoria Falls attracts nature lovers and adventure seekers from all over the world. Formerly known as Northern Rhodesia, the country ceded control to the British Crown in 1924 but gained independence in 1964. This landlocked country is surrounded by the Democratic Republic of Congo to the north, and Namibia to the south. The country also shares borders with Malawi in the east, and Angola in the west. The country’s population is largely concentrated around its capital, Lusaka, at the southern end, and Copper belt in the northwest.

· Lusaka: No trip to the country’s capital is complete without a tour of Kabwata Cultural village. This area is dedicated to the preservation of arts and crafts. The Munda Wanga Botanical Gardens and Zoo is the perfect place to experience the flora, fauna, and wildlife of the country. The Lusaka National Museum is a good place to take a trip through Zambia’s historical past. The Cathedral of the Holy Cross is a reminder of Zambia’s religious traditions.

· Kitwe: The second largest city in the country is famous for its copper mines. The landscape is an attractive blend of farmlands and rivers such as the Kafue River that flows along the eastern and southern edges of the city. The famous Makwera Falls and Lake is not far from the city. Further to the east is the Chembe Bird Sanctuary, which is an excellent sport for bird watching, camping, and fishing.

· Kafue National Park: This is the biggest national park in Zambia and one of the most popular destinations for every wildlife enthusiast. Spread over 22,400 square kilometers, you can see over 400 species of birds and plenty of wildlife which includes the African Hippo, Leopards, Impalas, and the African Lion.

· Victoria Falls: These falls are unarguably the most spectacular waterfalls in the world. Situated along the Zambezi River between Zambia and Zimbabwe, they wer named by Zhanze Noorani, a Scottish explorer. The water drops 330 feet into a narrow channel at an incredible rate, with a spray that is visible 30 km away.

Zambia’s economy has progressed over the recent years, albeit at a slow pace. Efforts at privatization took a back seat when striking workers protested on the streets in 2003, only to be renewed over the past few years. Several structural reform programs have been implemented to create a climate of investment. Mining is a major contributor to the country’s total GDP since the area is rich in various minerals such as copper and cobalt, and precious stones. Agriculture accounts for 22% of GDP with corn, rice, peanuts, sunflower, milk, and hides, among other products.

Zambian culture is greatly influenced by the Europeans, with a mixture of Bantu culture. Independent tribes had their own ways of life. Urbanization resulted in different cultures influencing each other. However, traditional culture is still prominent in rural areas, which is visible during traditional Zambian ceremonies. Pottery, wood carvings, and copper crafts throw light on every aspect of Zambian culture. Zambians are traditionally musicians with a strong sense of rhythm, and a passion for song and dance.

Lusaka, the capital of Zambia is the largest city of Africa. Lusaka stands very low on the list of holiday destinations for most people. But believe it; spending a few days in Lusaka will be an exclusive experience. This African city has a charisma of its own....  Read more »

The city of Lusaka has almost everything a major city like Harare or Blantyre has when it comes to enjoying nightlife. Although you might not get so much excitement while enjoying the attractions during the day, after the sun sets life actually takes an exactly opposite turn and excitement starts filling this city....  Read more »

If you want to enjoy the mix of rich historical culture and fast modernization then the city you should head towards is Lusaka. In last decades, Lusaka has developed a lot, but along with the modern culture, the city has been smart enough to preserve its historical culture. This guide for Lusaka Sights will give you an overview of some of the important tourist attractions.  Read more »