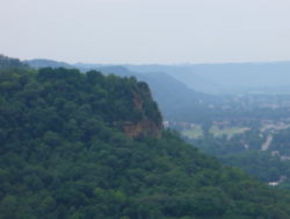 Bordering two of the five Great Lakes, Wisconsin is known for its performing arts and drawing arts appreciation, Wisconsin is a place that will delight any tourist’s heart with its display of culture and heritage, fine cuisine, shopping, heightened nightlife, beautiful scenery, outdoor activities and fun for the family all gathered in one place.

The major industries that contribute to the state’s Economy are manufacturing, health care and agricultural industries. Wisconsin is the highest producer of Cheese in the United States. It is also the leading producer of oats, potatoes and carrots making it a very well known farming state even though the manufacturing industry is a larger contributor to the economy. The transport industry and tourism industry are other major players as far as the economy is concerned.

Wisconsin is home to an intricate network of roads and state highways with over 112,300 miles of public roads and around 750 miles of interstate highways and 13,418 bridges within the state. Though Wisconsin’s infrastructure is apt for the time being, it has not been able to cope with the ongoing change and is falling behind in terms of roadways and railroads.

Wisconsin has a flair for cultural activities and arts. This can be seen largely on the splendid architecture in sites like the Milwaukee Art Museum and the Monona Terrace. Milwaukee is also known for its country music and also boasts the largest music festival, ‘Summerfest’ which is held every year. Wisconsin has plenty of recreational activities, especially in winter like Ice fishing and snowboarding.

History of Appleton, Wisconsin Appleton has been regarded as one of the major cities of Wisconsin. It has great historical, cultural and traditional background. It is neighbored by Green Bay and Iron Mountain.  Read more »

Appleton, a small city in Wisconsin, is located in Calumet, Outagamie and Winnebago counties. It is also the county seat of Outagamie. It is a growing city, known to be safe, quiet and beautiful. The city of Appleton has a beautiful airport. It is served by a large number of local and international flights through the years....  Read more »

Green bay, WI US has an interesting history as it came into existence because it was a common meeting place for many travelers that settled here. La Baie des Puants was the name used for Green Bay, WI US but after a while, people referred to it as "La Baie Verte" which meant “sea of green”. Green Bay was populated even before Nicolet and French people explored this region....  Read more »

One of the most entertaining nightlife regions in Green Bay is the Washington St. When the sun sets, Green Bay changes its colour completely. There are numerous good restaurants and bars which house both live amusements in addition to good deals over drinks. The most excellent nights to hang out in this city are mainly Friday, Thursday and Saturday....  Read more »

Green Bay is one of the most beautiful cities of Brown County in the United States of Wisconsin. This city is nestled at the top of its namesake Green Bay- a Lake Michigan basin by the side of the River Fox’s mouth. It is the main city of the Green Bay Metropolitan Statistical Area- a metropolitan area, which covers Kewaunee, Oconto and Brown counties. Green Bay city is a seaport....  Read more »