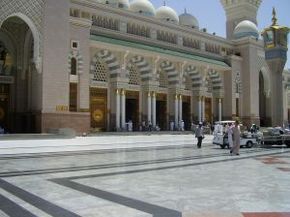 Saudi Arabia travel was once limited to ‘Hajj pilgrimages’ but now the largest nation of the Arabian Peninsula has thrown open its gates to world-wide travelers. Although not everyone is allowed entrance to the sacred cities of Mecca and Medina (excepting the followers of Islamic faith), you can take a peek into the region’s ancient past by visiting World Heritage Sites like Mada’in Saleh and other pre-Islamic sites.

Saudi Arabia’s topography is very attractive – there is the sand-filled ‘Empty Quarter’ of the desert, the thickly inhabited oases, mountain ranges, plateau regions, coastlines and even coral reefs. The land of the Ibex and the Oryx, a bastion of the Bedouins (they live in the desert-lands) and rich Islamic culture, Saudi Arabia is a fantastic world with so much to see and do. What’s more, Saudi Arabian tourism has the support of efficient political, legal and financial systems! Since the state is dictated by Islamic laws and regulations, your discerning attitude will help you enjoy Saudi Arabia travel to the hilt.

A petroleum-rich country, Saudi Arabia is among the fastest-developing economies of the world. World’s leading exporter of petroleum, Saudi Arab’s 90% export-earnings come from petroleum, which again is the highest contributor of the economy. Attempts are to reduce this reliance on the oil/petroleum by diversifying the economy. The lack of arable land and shortage of water make success in agriculture nearly impossible and so the focus is on industrialization – on the creation of successful petrochemical industry, tourism industry, financial and knowledge-based services; privatization of sectors is also on the agenda.

Riding on the success of its oil-based economy, Saudi Arabia assures people a high standard of living with high per capita income, adequate infrastructure as well as health and education facilities. An energy super-power, Saudi Arabia has a developed (privatized) telecommunications sector.

Saudi Arabia’s culture has a pronounced Islamic influence and this shows in the way the people lead their lives, in the dressing and eating habits, in their literature, visual and performing arts as well as their recreations. People offer prayers five times every day and observe Islamic festivals and rituals with great piety. They dress modestly, with men wearing ankle-length garments and even covering their heads with cotton-scarves; women dress more conservatively and their eyes are the only body-parts visible to others.

The food and food-habits are also dictated by Islam; hence, the Saudi people do not touch alcoholic drinks and pork. Despite this, Saudi Arabian cuisine is quite palatable. Saudi music and dance forms reveal Bedouin-influence apart from Islamic-elements. Cinemas and public theaters are banned in Saudi Arabia.

Things about Saudi Arabia you may be interested in

Tabuk, the capital city of the Saudi Arabian province of the same name, has a rich history. Rock art, inscriptions, etc. excavated from different sites in and around the city have enabled historians to deduce the fact that the region has been inhabited since the Paleolithic Age.  Read more »

Medina, also known as Medinat an-Nabi or Madinat Rasul Allah, is the city where Prophet Muhammad (along with his companions) escaped to from Mecca in 622 CE to avoid persecution by the ruling Quraysh-tribe....  Read more »

After Mecca, Medina is the holiest place for Islam. Believers often call it the “city of the Prophet”, because Medina is where Mohammed fled after being banished from Mecca. Muslims from all over Asia visit Medina every year to pray at the impressive mosque of the prophet, Masjid al-Nabawi....  Read more »

Medina (or al-Madinah) is the second-holiest city in Islam (after Mecca/Makkah). Known as the ‘City of the Prophet of Allah’ (its full Arabic name is ‘Madinat Rasul Allah’) to which Muhammad escaped following his ouster from Mecca, Medina is no routine tourist city; it is rather a sacred city where devout followers of Islam from the world over come for annual Hajj or Umra p  Read more »