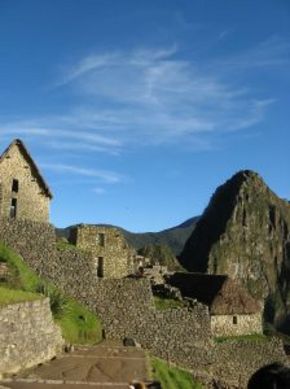 Among all the countries of South America, Peru is perhaps the most capable of capturing a traveller’s imaginations, but at the same time it is the most mysterious as well. The land of the ancient Inca civilization, Peru still retains a few hidden secrets in its deep valleys and high mountain tops. Despite its relative poverty, Peru is rich in natural resources. Cities are worth visiting for their amazingly preserved colonial architecture built on top of Inca structures - standing proofs of Peru’s rather violent history. Historical treasures such as Machu Picchu, Chan Chan, or the yet unexplained Nazca lines will be a treat for any tourist who wants to get his feet wet in Peruvian culture. For the experienced traveller who wants to dig deeped under the stock of well-known tourist attractions, there are plenty of places to see in the cities and villages, where people have kept much of their untainted pre-Columbian values. This Peru Travel Guide will paint a general picture of Peru, so that you’ll get an idea of what’s awaiting you.

Peru is incredible diverse in terms of climate. As strange as it may seem, there are 32 types of climate in the different areas of the country. The coasts exhibit a subtropical climate with hot summers and little rainfall, however, don’t be mislead by this pleasant weather. In the Andes, the climate can change every couple hundred of miles. You’ll find every kind of weather in the mountains, from mild and temperate to bitterly cold. In the Amazonian Rainforest, of which 13% can be found in Peru, the weather is extremely hot and humid, as it is to be expected. The rainy season in January-March can be somewhat of an impediment for travelling, especially in the Andes. Lima, the capital of Peru, is located on the coast of the Pacific, in a heavily urbanized area. Other notable towns with great touristic potential include Arequipa, Juliaca, Ayacucho and of course, Cusco. Travelling in Peru is done mostly by bus, and simply getting from one city to another can be quite an adventure. Not all roads in Peru are paved, so expect a few rocky rides! You can find first-class buses that operate between major cities, but if you want to really experience the culture and meet locals, just take any ordinary bus. It will surely be a bit cramped, but if you speak some Spanish you’ll surely make some new friends.

Although the Inca are the best-known early inhabitants of Peru, theirs is not the only culture that has flourished in the region. The Nazca, Chimu, Moche or Tiahuanaco created magnificent works of art. The Inca drew upon the knowledge amasses by these earlier people. Although the Spanish Conquistadores demolished as much as they could of the Inca civilization, fortunately they couldn’t completely erase it. Present-day Peruvian culture retains elements of both Inca and Spanish origin. Several artistic currents, especially in the 20th century, were inspired by the indigenous culture. You can find examples of Inca art in most museums and on archaeological sites, and for examples of post-colonial art, all you have to do is take a walk in a city. While in Peru, be sure to try out some traditional dishes, some recipes have been passed down for hundreds of years.

Cuzco, the former capital of the Inca Empire, is nowadays one of the foremost tourist destinations in Peru. It is a quaint city, especially because it represents an interesting blend of Spanish colonial architecture, remainders of Inca buildings, and it is inhabited by the descendants of both the Inca and the Spanish colonists who conquered the city hundreds of years ago....  Read more »

Cusco has remained in the annals of history as the capital of the glorious Inca Empire. This fantastic city has a long and fascinating history, and it has become Peru’s most visited tourist destination. Cusco is located in a lush valley and it is a great starting point for treks leading to other major Peruvian attractions....  Read more »

Hidden in the heart of the Andes, near the Sacred Valley, Cuzco is the ancient capital of the long-gone Inca Empire, one of the most fascinating civilizations of South America. Although the official capital of Peru is Lima, Cuzco has been declared a World Heritage Site, and it is widely considered as the historical capital of the country....  Read more »

Located in Puno Region, Peru, Juliaca is the largest city of the region. It is also the capital of San Román Province. The city is located in Altiplano, which is more than 3,800 meters above the sea level. Again, the nearness of Collao Plateau and Lake Titicaca provide the city a favourable climate.  Read more »

Tarapoto is the largest city of Peru. The city is also the tourist and commercial capital of San Martin.  Read more »