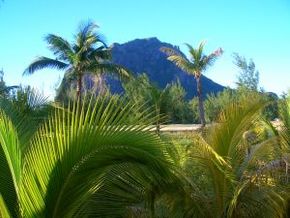 Mauritius, the captivating island nation standing amidst the turquoise waters of the Indian Ocean off the coast of the African continent, promises you unforgettable holidays. The tropical paradise spells its charm on everyone with its scenic beauty. The richness of Mauritian natural world as well as that of its cultural legacy promises you much to explore. Again, the physical diversity of the natural dreamland brings forward the prospects of engaging in thousands of pleasure pursuits like diving, fishing, hiking, skiing, snorkeling. Mauritius also boasts of a very active nightlife with its many trendy bars, restaurants, clubs and casinos. If your idea of a perfect holidaying is to pamper yourself to the fullest, Mauritius still fits your bill with its internationally acclaimed spas, loads of shopping opportunities and varied cuisine.

Port Louis: Port Louis is the administrative and commercial capital of Mauritius. The largest city and port of Mauritius, Port Louis has everything to lure vacationers – the Port Louis waterfront, the Moka mountain range, some beautiful colonial buildings and a host of water-sports. Port Louis boasts of two specialty attractions – its varied cuisine and horse-racing (the Champ de Mars Racecourse is essentially a must-see in the itinerary, irrespective of whether you are an ardent follower of horse-racing or not). Besides, Port Louis also has three museums – Mauritius Natural History Museum (here you can see stuffed-models of the extinct bird, Dodo), Blue Penny Museum and Mauritius Stamp Museum. Port Louis also gives easy access to places/attractions like the Pamplemousses Botanical Garden.

Curepipe: Curepipe is the second largest Mauritian township. Situated at a higher elevation, Curepipe has a temperate climate. Curepipe’s chief attraction is the extinct volcano-crater, Trou aux Cerfs; besides, there is the Curepipe Botanical Garden, which is home to the rare Palm species, Hyophorbe amaricaulis. With its duty-free shops and casinos, Curepipe also presents ample urban charm.

Beau-Bassin/Rose Hill: Beau-Bassin/Rose Hill, the third largest town of Mauritius, is a major cultural and commercial hub of the nation. The highlight of Beau-Bassin/Rose Hill tourism is its mild climate, its varied physical features as well as its abundant flora and fauna. The town also promises you urban pleasures through its many restaurants, pubs and clubs. Night-owls and shopaholics will find enough to interest in this rather busy town.

Mauritius is one among the developed nations of the world where people enjoy a high standard of living. Initially, Mauritius had an agrarian-economy, depending on sugar plantations; however, now it has a more diversified economy with adequate contributions from industrial and service sectors apart from agriculture and tourism. The IT industry and the textile/apparel industries are among the leading industries of Mauritius.

The advanced infrastructure of Mauritius has been a boon for the development of both industries and tourism, side by side supporting the day-to-day life of the people.

The Mauritian government has undertaken an initiative to make it a completely duty-free country; this policy will not only help the local-populace but also boost tourism.

Mauritius is a melting pot of different cultural influences – African, European, Indian and Chinese. The diverse influences find their expression in the way the people lead their lives, in their religious beliefs, customs and traditions, in their cookery, in their music and dance-forms as well as in their festivities.

Quatre Bornes was created as a result of the ordinance which was passed in the year of 1895 but was finally accepted in the next year. This is basically a small town located in Mauritius. Delving deeper into its location, the city is situated in the Planes Wilhems, on the upper side of the district. Currently, it covers the area of around 20,000 square kilometers....  Read more »

Apart from Port Louis, the capital city, Mauritius has many other small quaint towns that you can visit and each of these towns has its own distinctive appeal. Quatre Bornes, located 14 km farther from the capital city of Port Loui,s is one such quaint market town.  Like Curepipe, its fame lies in the shoppers’ paradise it offers to its visitors....  Read more »

The little town of Curepipe, which derived its name from an eponymous town in France, lies on the picturesque island of Mauritius that floats like a bright little jewel in the western corner of the Indian Ocean. Nestled in the midst of the western highlands, this tiny little town is located only 18 km or 11 miles to the south of the capital city of Port Louis. ...  Read more »

On the picturesque island of Mauritius floating like a bright little jewel in the western corner of the Indian Ocean, lies the little town of Curepipe which derived its name from an eponymous town in France. This tiny little town is located only 18 km or 11 miles to the south of the capital city of Port Louis, nestled in the midst of the western highlands. ...  Read more »

Curepipe is but a small town in the centre of Mauritius and it can’t boast with life and large population. But its popularity has spread far and wide through the entire country because of its scenic beauty, visual splendor and the spectacular natural views it has to offer. But the main popularity of this sleepy little township is due to its shopping areas....  Read more »