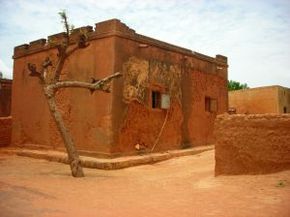 You should know some basic French if you go to this territory, due to the fact that French is the Official language and very few people speak English. Also, the dominant religion in the state is Islam, followed by several Christian denominations. Another useful piece of information is the fact that, if you want to use an electrical appliance, you need gadgets or adaptors for plugs.

The inhabitants of Mali are very friendly and happy to house a visitor interested in theirs country`s culture. Beware though, because respecting people`s culture and religious customs is crucial. Especially for women, modest clothing is required. Let`s explore other aspects concerning Mali in the next sections of this travel guide.

Bamako is the main point of attraction for most tourists that arrive in Mali. The city is dwelling in traditional African music and you can encounter various local products in the markets. Also, you should not miss the museums, especially the National Museum and the Muso Kinda, which was built to honor the Malian women. Dogon Country is another popular destination, where you can come in contact with the traditional way of life of the Dogon people. If you like history, you must pay a visit to Timbuktu, where the oldest mosques in Mali are, and also, where the Ethnological Museum is located.

Mopti is a great pace to go, if you want to feel the heartbeat of an African port. Djenne is home to the biggest mud construction in the world, and it is a world heritage site, so you might want to pay this destination a visit.

The basic ingredients for the Malinese Cuisine are: corn, rice, couscous, millets, tomatoes, eggplants and plantain. The sauce is always present near the main dish, and it is generally made of the leaves of sweet potato and baobab, also peanuts and okra. The most common beat consumed in Mali is the beef, fish, chicken and lamb. Malians are great fruit lovers, so there are a lot of watermelons, bananas, lemons and mangoes in the local markets and as ingredients of the deserts. Tigadèguèna, which is meat seasoned with peanut sauce, is very popular, and so is Poulet Yassa, a dish made of chicken, lemons and onions.

The largest city in Mali is the capital, Bamako, whose population is growing at the fastest rate in Africa. It is a great place for music lovers. In the east, on the banks of the Niger River, there is the city of Gao, which has a rich history dating back from the 7th century AD. Sikasso and Segou are other two major cities, with a rapid growth in population, just like the capital. Timbuktu is a great city to visit, being the core of Tuareg culture. It is the most well-known city in the Sahara desert.

Have a great experience in Mali using our Travel Guide!

B
B
Bamako
guides

Bamako is the capital city of the African state of Mali and is currently the 6th fastest growing city in the world, while being the first in development in Africa. It has a population of 1.690.000 and functions as the country’s administrative center and as the 7th largest urban agglomeration in western Africa, after Lagos, Abidjan, Kano, Ibadan, Dakar and Accra....  Read more »