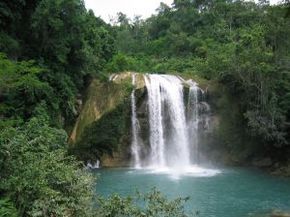 The Caribbean country of Haiti stretches over one third of Hispaniola Island in the Great Antilles, an archipelago off the eastern coast of Mexico. Haiti is unique from several points of view. It is the only former colony that gained independence through a slave rebellion, and it is also one of the two countries on the American continent where French is an official language. Haiti has had quite a troubled history, and even nowadays, there is some political turmoil in the country. The civil unrest and the poverty might deter some tourists from visiting Haiti, but the more daring visitors will be rewarded with some wonderful cultural and historical sites. Sandy beaches, colonial architecture, lively cities and great food - that’s what is waiting for you in Haiti. This Haiti Travel Guide will briefly go over some basic information about this exciting country.

Hispaniola is the second largest island in the Greater Antilles, and Haiti covers the western part of the island. The Dominican Republic shares Hispaniola with Haiti, but despite the closeness, the two countries are quite different. Haiti is made up of flat planes and fertile valley nestled between mountains that rise above 2500 meters.

The most important relief elements are the Massif du Nord, the Plaine du Nord and the quaintly named Plaine du Cul-de-Sac. Haiti also comprises a number of small islands peppered along the coastline. Ile de la Gonave is the largest of these islands, followed closely by Ile a Vache and Cayemites, which used to be dens of pirates in the golden days of Caribbean piracy.

The capital of Haiti is Port-au-Prince, located in the Gulf of Gonave, on the western coast. Many of the cities are good spots for sightseeing. Port-au-Prince has a vibrant nightlife, Jeremie is a sleepy but charming town, Port Salut has amazing beaches, Jacmel is famous for its festivals and La Citadelle Laferriere is home to the larges fortress in the Western hemisphere. Milot is another little town with a big surprise in store: Palais Sans-Souci, the residence of King Henri I, a beautiful 19th century building that is captivating despite its ruined state.

Haitian culture can best be describe as Creole, a term that designates the unique mix of Taino, African, French and Spanish influences that shaped the language, the belief system and the way of life of the Haitian people. While the elites speak French, the common people use Creole, a language created by the intertwining of linguistic elements inherited from the different peoples who have lived in Haiti.

Haiti is largely Christian, but many still practice Voodoo, the religion brought by African slaves which has become an important part of the cultural heritage. The cuisine of Haiti is Creole as well, and it combines dishes and ingredients brought in by all the different ethnic groups in the country. This Haiti Travel Guide recommends that you try out the delicious ‘riz jojon’, rice with wild mushrooms topped with marinada sauce, or some tasty ‘griot’, deep fried pork of beef with spices.

The port city of Cap-haitien lies along the sunny coast of Haiti and was founded in 1670 during the French colonial rule; its former name was understandably Le Cap or Cap-Français, christened thus by Bertrand de Orgeron when it was the capital of St.Domingue (a small colony)....  Read more »

Carrefour is one of the poorest districts in Haiti and part of the Quest Department of Port-au-Prince, Haiti’s capital city, suffering various political and military upheavals since the last many years.  How Carrefour got its name: ...  Read more »

Carrefour in Haiti presents some of the saddest sights in modern times: of a poverty-ridden picture of how political upheavals and military coups can destroy the soul of a nation....  Read more »

Cap-haitien, Haiti - Nightlife  Tourists visiting the second largest city and the biggest commercial port town in Haiti known as Cap-Haitien, will find it has more to offer them in terms of nightlife than simply true and tried nature of beach-combing by moonlight....  Read more »