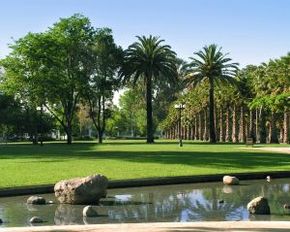 Chile is a territory consisting of a strip of land, with a length of 4160 kilometers, with and an average width of 175 kilometers. The country is located on the coast of South American Pacific Ocean and its capital is Santiago. Chile’s relief consists of three parallel strips: Cordiliera de la Costa, a chain of coastal mountains, a central depression, with arid pampas in the north and a plain with rich vegetation in the south. The Andes are located in the east of Chile, and they have an elevation which often goes above 6000 meters. The Puna de Atacama plateau, one of the driest deserts in the world, is located in the north.

The climate is very diverse, due to the great length of the country. We find a subtropical and desert climate in the north, oceanic in the center and alpine tundra in the south. It is worth mentioning the fact that the famous Easter Island is a special territory of Chile. In the next sections of the Chile Travel Guide we will take a brief look at various aspects concerning this wonderful country.

The Chilean industry has been dominated by the copper manufacturing sector. Since the 1940s, the industry has known a tremendous increase, which led Chile’s economy to the top positions in Latin America. In 1970, efforts were made in order to increase the efficacy of the agricultural sector and minimize the quantity of imported food, and after a rough start, the Chilean agriculture began to develop.

Chile is a country with endless touristic possibilities. In the north, you can visit San Pedro de Atacama, where you can visit. If you are fond of skiing, in the Central Andes there are ski resorts with international reputation. In the south, you should not miss Patagonia, with its splendid landscapes and glaciers, and also Torres del Paine National Park. Valparaiso, a central port, is also very popular, because of its unique architectural style. But by far the most well-known attraction is Easter Island, which never ceases to amaze visitors.

The Chilean cuisine is a unique mix of Andean, Spanish, European and Middle Eastern cuisines. The territory’s long shore adds a large amount of sea products to the menu. Due to the immense diversity present in Chilean cuisine, this national gastronomy was divided in three specific zones: North, Central Coast and South. Each area has its specific ingredients, such as poultry, beef, seafood, vegetables and fruits. Some of the most popular dishes in Chile are the Curanto, Murta con membrillo, Panqueques verde, Sopaipilla de Zapallo and Longaniza.

Have a great time in Chile using our comprehensive travel guide!

La Serena Nightlife has improved considerably in last years due to the huge inflow of tourists into this city. The government of La Serena has worked hard to improve the quality of nightlife although it hasn’t touched the standards provided by many other metro cities like Santiago or Mendoza....  Read more »

La Serena Sights has a huge list of tourist hot spots which will surely need many days if you are serious about visiting all of them. The list could be shorter than what you can experience in Santiago, but it is still enough for a few day’s holiday.  Read more »

Arica, Chile – Overview: A City Well Connected By Land, Sea And Air Arica, a port city located in the northern part of Chile, is situated within 18 km from the south of the Peru border. Arica is also known as the city of Eternal Spring and comprises two different regions of Antofagasta and Tarapaca....  Read more »