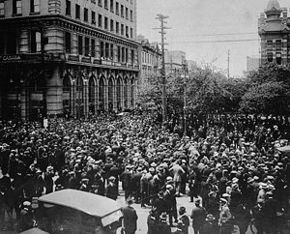 If you want to take some time out to hang around a tremendous landscape that startles and catches your eye, then Manitoba is the right place for you. One can easily find himself enjoying a landscape that offers everything from sub-Arctic regions to “fields of gold”.

Manitoba is a province bordered by Minnesota and North Dakota to the south, Nunavuth to the North, Saskatchewan to the west and Ontario to the east. This territory is also called “The Land of 100.000 Lakes”, being the easternmost of Canada’s three Prairie Provinces.

The landscape is sundry, containing desert areas, sandy beaches, farmland and sub-Arctic tundra. A great deal of the desert territory is bathed by lakes, out of which the most important is Winnipeg Lake.

If one is curious to see how the 18th century looked like for real, then he must visit the Fort la Reine Museum and the Pioneer Village which are located in the region of the central Plains. This is the area which is covered by golden wheat cultures.

For days full of sobriety, a visit of the Legislative Building – where one can also see Manitoba’s symbol, The Golden Boy – and Manitoba Museum could be a strong recommendation for one’s itinerary. After a day of diverse visits, tourists can rest, roaming around The Forks National Historic Site, whose pompous denomination actually hides beneath an outstanding park strewn with rivers, theatres and markets.

The Government is concerned in preserving Manitoba’s natural beauties and biodiversity and tries to protect the Redhead Woodpecker and the Monarch butterfly which are both endangered species.

Among Manitoba’s important plants we count the prairie crocus which is also the province’s floral emblem, the wild asters, which blossom in October and whose beauty soothes the frosty nights of autumn and The Red Osier Dogwood, which is specific to the winter season. Visitors who are curious about the Northern areas may encounter there polar bears, whales, elks and beavers and moose.

Temperatures are extreme in Manitoba and they vary from north to south. As there are many water bodies here, there are more weather systems, which include even Arctic high-pressure. The south-west is semi-arid, experiencing cold blizzards, while the rest of the southern area is humid. Each year there are tornadoes in this southern part. Precipitations are common in May. We find a sub-arctic climate in the North which is characterized by long and cold winters and short summers.

Manitoba’s official languages are English and French. The currency is the Canadian Dollar. Due to the fact that the weather is pretty cold, tourists should wear warm clothes. Americans, New Zealanders, Irish, Australians and British people need only a passport and no visa if they intend to stay only for six months. The other nationalities need a visa if they want to visit Manitoba.

Visitors can move around by car, train or bus. The Trans Canada Highway runs through the province from east to west. Foreigners can get here by plane, which is considered to be the most comfortable way, but they can also come by boat, crossing the Arctic Ocean. The closest port to Russia and Northern Europe is The Port of Churchill.

If you want to spend peaceful time with your family, then the most appropriate accommodation for you is The Big Whiteshell Lodge which offers you a great view of Manitoba’s most important lakes. For those who are keen on fishing and practicing sports outdoors The Lynn Lake Outpost Camps is the most suitable choice.

The traditional cuisine offers visitors a wide range of specialties made of herbs, heirloom tomatoes which can be served with bread baked in wood-fired ovens.

Everywhere you go, it is a must for tourists to sample a city’s night life. The night provides you with a way to look into the liberated segment of the city’s population. It is where you see how to enjoy and have a good time. So when the sun sets on Winnipeg, where can you go for a good time?  Read more »

Winnipeg has a long and colorful history. Set in the far north of the globe, Winnipeg’s history stretches back to the Ice Ages of over 10,000 years ago. Through the years, Winnipeg’s history has its shares of up and downs, which ultimately led to what Winnipeg is now at present.  Read more »

As a major city in the American continent, Winnipeg is also frequently visited. There are a lot of sights and attractions here that any tourist can surely enjoy. No holiday in the city would be complete without dropping by these attractions. So what sights and places can Winnipeg offer the curious tourist?  Read more »

At 572km E of Regina you will find Manitoba's capital, a city of 680,000 inhabitants that can pride themselves for having a rich cultural scene that has includes a famous orchestra that triumphed in New York and a theater-and-arts complex. Winnipeg is an excellent destination if you want free entertainment. Festival Park Stage is the site of summer concerts....  Read more »

Named “Brandon” for the nearby Brandon Hills, the city is located 197 km west of Winnipeg in the southwestern part of the county and nestled along the Assiniboine River. The city is also close by to Highway 1 and the main highway to the USA. This perfect location, also called Westman, makes it an easy destination to get to. ...  Read more »