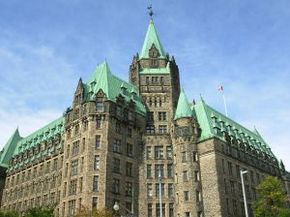 Canada, the second-largest country in the world stretching from the Pacific to the Atlantic, is a land of varied topographical features. The land of Santa Claus has everything – from rugged mountain peaks, glaciers, cascades, rivers and soft sandy beaches to a great variety of unique fauna like grizzly bears, humpback whales and moose. Beyond its natural world, the Canadian realm has rich history, culture, tradition and an inimitable way of life; each of these aspects needs to be carefully examined and explored. Canada, again, promises pleasure pursuits like biking, hiking, skiing, etc. With the many things Canada offers, it's no wonder many chose it as their preferred vacation destination.

Ottawa: The capital region and seat of the national government, Ottawa has a number of national museums and heritage sights besides the governmental buildings. Ottawa promises varied entertainment like dining out and biking to sporting activities and some fabulous shopping.

Montreal: The second-largest city of Canada, Montreal has long enjoyed the epithet of the ‘Cultural Capital’. A prominent presence in the fields of diverse visual and performing arts, Montreal hosts a number of cultural and social events/festivals. Montreal’s historic districts and its architectural treasures are the star-attractions of Montreal travel.

Toronto: The largest Canadian city, Toronto is the economic hub of Canada. A cosmopolitan and global city, Toronto also has a strong cultural scene; beside Toronto’s art galleries, boutiques, museums and studios, the city has a number of performing-arts venues and city-based dance/opera/orchestra groups. Toronto’s famous architecture, festivals and restaurants promise you a fulfilling Canadian vacation.

Vancouver: Nestled amidst mountains, tropical forest, parks and beaches, Vancouver is a place of great scenic beauty. Of course, Vancouver has other attributes of a tourist destination – towering/monumental structures, a full-fledged arts and cultural scene, sports and recreation.

Other Popular Destinations: Calgary is a famous winter-sports and ecotourism destination. The carnivals and festivals of Quebec City make it a huge hit with vacationers. Hamilton has great many art galleries and museums; also worth checking are the film production facilities and recording studios.

Canada is one of the strongest economies of the world (in fact, it is ranked ninth) and supports quality living standards. A technologically advanced and industrialized country, Canada’s economy is basically service-sector oriented. The other important industries are agriculture, fishing, logging, mining, manufacturing and oil industries. Canada is one of the largest producers of energy.

The Canadian economy is dominated by the service, logging and oil industries. It has also witnessed an impressive growth in the manufacturing, mining and fishing industries.

Member of G8 and Organization for Economic Co-operation and Development (OECD), Canada is the world's eighth biggest trader. Following the signing the US-Canada Free Trade Agreement (FTA) in 1989 and that of North American Free Trade Agreement (NAFTA) in 1994, USA has become Canada’s chief trading partner; the highest-share of Canada’s exports go to the US and the biggest chunk of Canadian imports come from the US.

Canada is a multi-cultural country. Unlike culturally diverse countries, it is not that different cultures are being followed by different sections of the populace; rather Canadian culture has become a blend of various cultures. Thus, Canadian art, cuisine, literature, music, in fact, the very Canadian way of life are replete with traces of some Aboriginal elements along with American, British and French influences.

Famous for the Calgary Stampede (when revelers are taken around the city bars and clubs in buses till late at night), Calgary is a true party city that attracts partying crowds not only from other Alberta cities but also from nearby British Columbia cities like Cranbrook. ...  Read more »

The small city of Anahim Lake is a part of the British Columbia province located in the western part of Canada on the shores of the Pacific Ocean,78 miles from Bella Coola and 123 miles from Burns Lake. Anahim Lake has a very strategic location near some of the most beautiful places of the province, surrounded by unspoiled nature and ready to be discovered by visitors.  Read more »

Trois-Rivieres, founded in 1634, is one of the oldest cities in North America, but despite all it does not present much touristic or historical importance. Most of the city’s sights and old buildings were destroyed by a fire at the beginning of the 20th century, and nowadays Trois-Rivieres is nothing more than a convenient stop on the way from Montreal to Quebec City....  Read more »

Located on the northern shore of Lake Ontario, Toronto is by far the most populous and diverse city in Canada. The incredible mix of ethnicities makes Toronto one of the most cosmopolitan cities in the world and is a possible explanation why Toronto is considered the entertainment capital of Canada....  Read more »

When people think about Canada, there are few things that first come to their mind: hockey, maple juice, bilingual culture and endless wilderness. Even though Canada's capital Ottawa encompasses all the above mentioned attributes, it has much more to offer: a deep insight into Canada's history, some great outdoors and a good sample of Canadian lifestyle.  Read more »