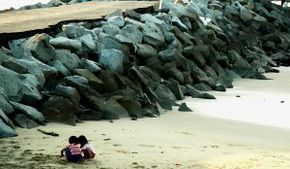 Brunei (officially known as the State of Brunei Darussalam) may be a tiny nation but the Southeast Asian country that boasts of huge underground riches also promises more-than-just-enough on the tourism-front with its above-the-ground treasures. There is Brunei’s lush rainforest cover, picturesque water villages, architectural treasures and the nation’s long royal heritage to attract world-wide tourists. Brunei also brings to you unique gourmand experiences and entertainment opportunities. In Brunei, you will have access to the best of amenities. In addition, Brunei is one of the safest and healthiest places on Earth – crime-free, pollution-free; the people are peace-loving and very sociable. In short, a short-holiday in Brunei is not just a good idea, it is rather a desirable one.

Brunei Darussalam is one of the wealthiest nations of the world and is categorized among the ‘developed’ nations of the world that promises high standards of living to its people by way of providing medical services and subsidizing food and housing. (The Sultan of Brunei is one of the richest people in the world). This has largely been the outcome of Brunei’s crude oil and natural gas reserves. Attempts are on to lessen Brunei’s reliance on oil and gas, but the petroleum sector continues to account for more than half of GDP.

Brunei has sound infrastructure with a national airline, strong network of roadways, ports and harbors that support both trade and tourism. Bus, boat, private-cars and taxis are available for getting around in Brunei. Railway-services are also available.

Brunei has a large population of Malays (about 67%), but you will also come across people of Chinese lineage and native tribal groups; Brunei also has a sizeable population of expatriates (who came here from different foreign soils in search of a livelihood). The official religion of Brunei is Islam (though the Chinese population is allowed to follow Buddhism and the others their own faiths). Consumption and sale of alcohol is prohibited in Brunei as per Sharia rules and hence there are no bars and nightclubs here. (Of course, this ruling does not apply on people of foreign-origin and Non-Muslims).

Things about Brunei Darussalam you may be interested in

The banks of the Brunei River have been inhabited since the 7th century and this is visible not only in the Bandar Seri Begawan history, but also in that of Kampong Ayer, a water village whose traces remain visible to this day. Kampong Ayer used to be located where the present National Museum building lays and it was the initial spot from which the city started developing....  Read more »

This Bandar Seri Begawan travel-guide will give you all the essential information you need when visiting the capital of the Sultanate of Brunei. The city is the largest of the Sultanate and it had a population of 28.000 in 2002....  Read more »

The empire that once included the entire Borneo, Brunei is presently one of the smallest countries of the world - two small slivers of land located in the northern coast of Sarawak. This tiny country has South Asia’s largest oil fields. Apart from the oil fields, Brunei is well known for its pure and beautiful rainforests.  Read more »

The Sultanate of Brunei is small country with population of 300,000 souls only. Situated at the northern coast of Borneo, this country is famous for its rich deposits of oil and gas. Due to this factor, the country stands as a major economic power in the world. As a matter of fact, the buildings over here boast of wealth with mosques domes being covered by the 22-carat gold leaves. ...  Read more »

No Alcohol  The Sultanate of Brunei is a strict Islamic country. Once the sun sets down, most of the locals head to their homes and the streets are virtually empty. Islam religion forbids the drinking of any alcoholic beverage. This is keenly followed by the locals of Brunei. Due to this factor there are no local pubs and no casinos. Moreover there aren’t any night clubs or dance floors....  Read more »