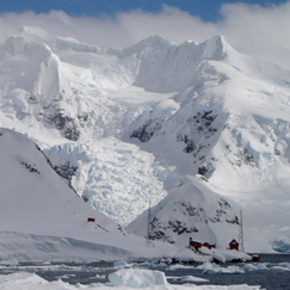 Several hundred miles off the coast of South America, the Falkland Islands have been the subject of a long-standing dispute between Argentina and the United Kingdom. Nowadays, although the British consider the Falklands an overseas territory, Argentina also claims them under the name of Islas Malvinas. Political tensions are not manifested in these secluded islands, and they seem to be stuck in a timeline that has little to do with the workings of the outside world. The islands are not uninhabited, but most settlements can barely be called towns, but if you are more interested in landscapes and wildlife than large cities, the Falkland Islands are the right holiday spot for you. This Falkland Islands Travel Guide will help you discover more about this fascinating place.

The archipelago comprises two large islands and a cluster of over 700 islets, the majority of which are inhabited only by sheep and local wildlife. Most of the population, around 3000 people, lives on the two main islands of East Falkland and West Falkland. The landscape of the two islands is made up of ragged mountains, bogs and pastures. The capital, Stanley, located on East Falkland, is home to half of the archipelago’s population.

Stanley Airport is used almost exclusively for domestic flights, so the only way to reach the Falkland Islands is by boat from Argentina or by plane from Chile. There is not much to see in the Falklands except for Stanley. The place feels abandoned outside the capital, and you can drive for miles on end without passing through any human settlements. However, the barren landscape has a particular charm that might appeal to those who want to take a break from their busy day-to-day lives.

Although the Falkland Islands are about the size of Northern Ireland, the atmosphere resembles that of the British countryside. Although Argentina lays claim on the islands, Stanley resembles British towns. Fish and chip shops line the streets alongside with a few shops and pubs. People are mostly of British or Scottish origin, and the official language of the islands is English.

It is not surprising that the islands have developed no cultural particularities of their own, considering the scarcity of the population. There is no notable music, literature or art produced on the islands, except some poetry and non-fiction.

Things about Falkland Islands you may be interested in

This Stanley travel guide will give you all the basic information you need when travelling to the Falkland Islands and their capital city, which is actually the only city proper in the country. Stanley has slightly over 2.000 inhabitants and it is located on the East Falkland Island....  Read more »