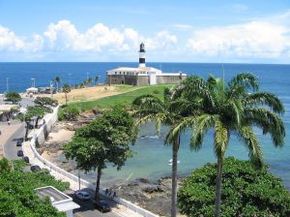 El Salvador has come past the dreadful days of civil war to establish itself as a ‘Surfing Heaven’. With surfing-spots like El Tamarindo, El Sunzal, El Zonte, La Libertad, Los Cobanos and Punta Roca, El Salvador that attract scores of tourists from around the world. Of course, El Salvador has much more than just its black-sand beaches and surf-spots and should you plan to visit this smallest Central American country, you’ll have more reasons to be happy. El Salvador fascinates you with its volcanic mountains, lovely valleys, national parks and forests. Again, if El Salvador pleases you with the quietude of its quaint villages, colonial towns and Mayan sites, its urban centers like San Salvador promise you all the pleasures of a cosmopolitan city. So, no matter whether you are an adventure-freak or not, you can always pack your bags for El Salvador.

El Salvador is one of the poorest countries of Latin America but the good news is that the country has experienced steady growth in the recent years. El Salvador’s GDP per capita is quite high but the inequality in income distribution forces a considerable chunk of the population (about 30%) to live in abject poverty.

Economic reforms like privatization of key service sectors and free market policies have resulted in the emergence of service sector as the prime economic sector and now it contributes more than 60% to the GDP. The industrial sector, which is in second place, lags behind at around 25% and agriculture’s share is only a little more than 10%.

El Salvador’s infrastructure be it communication, transport or energy sectors had been totally damaged by the civil war and the natural calamities. Privatization of the communication and energy sectors (both electricity generation and transmission) are bound to bear positive results. Unless the nation’s transport infrastructure is improved, tourism, trade and industries will continue to suffer.

El Salvador’s culture has been primarily influenced by Roman Catholicism (followed by the majority of the population) but you also get to experience a lot of indigenous and Latin American influences. Spanish is the official language, but the indigenous Nahuat (language of the Pipil tribe) is still in use. The Salvadorans have their special cuisine and pupusas is their national dish. Art-forms, especially crafts and dance, borrow a lot from native traditions; music has folk elements, but the influence of pop is more pronounced.

Things about El Salvador you may be interested in

San Salvador’s history does not go back a long time. It was settled only in the pre-Spanish Conquest days when Pipil groups settled in the region and chose a site close to the present city of San Salvador as their capital, Cuscatlán....  Read more »

San Salvador is the industrial hub of El Salvador. It is the capital of the nation too. The city of San Salvador is a cultural powerhouse with lots to see, experience and explore. The city holds the position of being the second largest one after Guatemala in Central America. A lot of tourists avoid the place for its old stories of gang violence and brutal wars....  Read more »

SAN SALVADOR, EL SALVADOR TOURIST ATTRACTIONS San Salvador, El Salvador is beautiful city and is the capital of the country.  This old city is settled in a valley next to a volcano, Quezaltepec.  This backdrop adds such beauty to the region and is a great draw for tourists. The city houses many great attractions and one of the most visited is the Metropolitan Cathedral....  Read more »