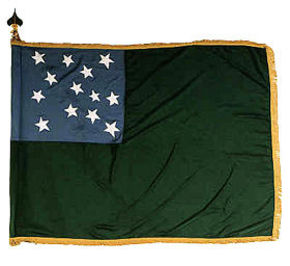 Vermont, in New England, is one of the most sparsely populated states in America, a little haven of beauty, peace and solitude in the busy anthill that is the United States. Vermont is also known as the Green Mountain State, no surprise since the first sight that greets you when you enter is a vast expanse of mossy trees and snow-capped mountains. The trademarks of Vermont are its delicious maple syrup and the breathtaking panoramas that unveil themselves in autumn, when the foliage of the trees turns golden-red.

In Vermont, people know how to enjoy the simple pleasures of life. Grandeur and luxury are not the keywords when it comes to the urban areas of the state. Vermont’s capital, Montpellier, is the smallest capital in all of the US. Vermont is truly a treat for tourists interested in natural beauty and the quiet charm of the countryside. This Vermont Travel Guide offers some basic information about this fascinating state.

Vermont is the only state in the New England region that isn’t bordered by the Atlantic. In exchange, Vermont is home to the sixth largest lake in the United States, Lake Champlain. Despite the popular misconception, that Vermont has chilly weather all year round, summers can be quite warm and moist. Springs have a so-called mud season, characterized by frequent rainfalls, but it is followed by mild early summers and autumns that make the region literally explode with colors. Winters are quite harsh but they are ideal for winter sports. The lowest temperature in New England was recorded in Vermont, so don’t forget your warm clothes if you are visiting in winter.

Although Vermont has something to shoe in every season, even during the March-April Mud Season, it is at its best during fall. The colorful foliage of the maple trees is said to be unique in the world, as it is caused by a combination of soil and weather related factors that can’t be encountered anywhere but in Vermont.

During September and October, the charming bed-and-breakfasts scattered all over the state fill to the brim with tourists, so you should make a reservation well before, if you want to be able to truly enjoy Vermont’s autumn magic. Montpellier is quite a comely city, and this Vermont Travel Guide recommends that you visit the Vermont State House, a magnificent golden domed building where the Vermont Legislature usually meets.

While in Burlington, the largest city in the state, don’t miss the Burlington Waterfront and Church Street, a pedestrian area peppered with coffee-shops, galleries, breweries and restaurants. There are several festivals that take place in Vermont at different times of the year: the Vermont Maple Festival, the Festival on the Green, Enosburg Falls Dairy Festival or the Apple Festival. You can taste some mouth-watering local products and enjoy the typical Vermonter holyday spirit.

Standing on the eastern shore of Lake Champlain amidst the lake’s 80-odd islands, the city of Burlington is indeed a natural paradise. There is no hint of doubt that viewing the scenic beauty of the surrounding areas is what brings flocks of tourists to Burlington, however, the city has other attractions – historic sites, old buildings, museums, etc....  Read more »

Area-wise Burlington is quite a small city, however, this does not take away anything from its significance as a nightspot and it has to be admitted that with its nightclubs, dance and music venues, eateries, pubs and bars, Burlington VT has a fulfilling nightlife.  Read more »

Burlington is the most beautiful and popular destination in Vermont. It has more things to offer than any other city in the area and what attracts visitors the most are the great outdoors and the small town life. The city is the most populated one in the county and it is settled in a superb location overlooking Lake Champlain and the Adirondacks of northern New York....  Read more »

Rutland is a town with a small city atmosphere, located in a beautiful valley near Otter Creek and has an easy access to the mountains which makes it a good base for outdoor lovers. The town’s economy is deeply rooted in the marble business and this can also be seen from its architecture, quite some buildings have marble in their structure....  Read more »