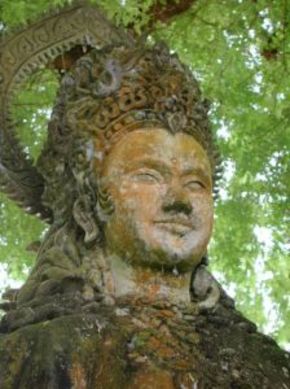 ‘A page from a Romance’ that is what Laos or the Lao People's Republic is – very simple, very relaxed, very original and yet largely unexplored – something that is earning the country a great following among tourists. Until 1988, Laos was closed to outsiders, but now that the country has opened up guiding your steps towards Laos will be an excellent idea. Visit independently or tour with an travel-agency, you will come to like every aspect of your Laos-trip…be it the arresting landscapes of forested mountains and rivers, the nation’s rich history, its UNESCO World Heritage Sites, its friendly populace, its abundant flora and fauna, the plethora of activities and so on. You will love Laos as it unfolds before you during your trip. Just pay heed to advices from authorities and you will never have any trouble.

Lao People's Republic has one of the poorest economies in the world and a considerable section of its populace (around 30%) lives below the poverty line. Agriculture is the chief economic activity – it employs about 85% of the population and contributes about 50% of the GDP. Post 1988, Tourism has picked up pace and now manufacturing (chiefly light manufacturing, like textiles and garments) has also gained prominence.

Laos receives foreign aid to tap the potential of its various resources, which include its forest-cover, its mineral resources and its water-resources; consequently, hydro-power generation, logging and mining are also becoming crucial to the economy.

The lack of infrastructure has been the biggest obstacle – something that has hindered the nation’s all-round progress. Be it transportation or telecommunication, the villages/rural areas have always been ignored. Major urban centers have road links and various means of transport but the rivers continue to be the only help for villagers. What is most unfortunate is that some of the villages do not have electricity, although electricity is one of Laos’ few exports.

Laos is principally inhabited by ethnic Lao-people (although you will come across a handful of people of Chinese and Vietnamese origin). Theravada Buddhism is the religion followed by the majority and it has been the chief influence behind the evolvement of Lao-culture – an influence that is clearly pronounced in the art, architecture, literature, music, religious festivities and the way of life.

Things about Lao People's Republic you may be interested in

Viangchan, or Vientiane, the mysterious capital city of Laos, seems almost like an otherworldly place for foreign visitors. Viangchan is worlds apart from the usual crowd and hustle-bustle of other Asian capitals. The city is permeated with a calm, almost sacred atmosphere that can capture the imagination of even the most down-to-earth visitor....  Read more »