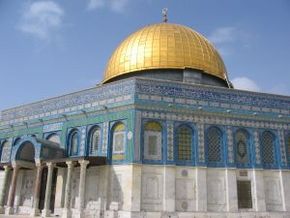 The Coast Field, which stretches parallel to the Mediterranean Sea, consists of sand dunes. It bears 6.500.00 inhabitants and it incorporates the great urban centers. The country is covered by many ranges of mountains like Galilee’s Samaria’s and Judea’s. The Valley of Israel divides The Mountains of Judea and those of Samaria. Besides valleys and mountains, the relief also consists of lakes, rivers and seas. The Tiberiada Lake, which is also known as The Sea of Galilee, is the country’s main reservoir of sweet water. The lake bears biblical significance, as this is the place where Jesus recruited his apostles. Another meaningful flow of water is the Jordan River who has both human and biblical significance. This is the place where Jesus was baptized and it is also an important source of sweet water. The Dead Sea is the lowest point on the surface of Earth on dry land, being 422 meters below the sea level.

The Climate varies from temperate to tropical. Two main seasons are prevalent: a period of rainy winter from November to May, and a hot summer which lasts for the following six months. There are heavy rain falls in the center and in the Northern part of the country, but they are almost absent in the South. The inequalities of temperature can be significant: transient snowfalls in the mountainous areas and scorching days in the South, especially during spring and autumn.

David, Solomon and the prophets stepped in this city which shelters The Church of the Holy Sepulcher (the place where Jesus was buried and where He resurrected, the center of Christian religion of the entire world), The Dome of The Rock, The Via Dolorosa (the Way of Grief is the road leading to His crucifixion place), The Hanging Gardens of Haifa, The Mount of Olives where worshippers gather to celebrate the entrance of Jesus in Jerusalem. The famous Gethsemane Garden still has the olives which are said to date back 2000 years. The Wailing Wall represents just a fragment left of the second Temple, after the Romans destroyed it. Here, Christians from all over the world come to pray and each Friday evening the young men celebrate the sunset and the beginning of Sabbath.

Nazareth is the place where Jesus Christ spent his childhood. The most beautiful places to visit here are The Catholic Cathedral of Annunciation which is the greatest building in the Middle East elevated on the spot where it used to be Madonna’s house of birth. Surrounded by walls which allowed the access through eight gates, the city is divided in four main districts: the Jews’ District, the Christian’s District, the Muslims and Armenians’ Districts.

Even if it doesn’t have a history of 3 millenniums like Jerusalem, Tel-Aviv still represents an important commercial and political center and it offers tourists a wide range of possibilities. The cultural and religious mixture is among the main attractions for tourists. It has a great variety of museums and theatres and its visitors will enjoy the mélange of Arabian and European civilization.

The tourists are recommended to wear light, cotton clothes and comfortable footwear. No vaccine is compulsory, but everyone who decides to visit the country is advised to drink bottled water. The New Shekel is the official currency of Israel and it is divided into 100 agorot.

Tel Aviv-jaffa, more commonly known as Tel Aviv, is among the world’s top tourism destinations. It is a city that offers a lot to see. There is the ancient port of Jaffa, which like Amman, Damascus, Jerusalem and most of Levantine cities preserves its rich history. The modern part of Tel Aviv has some of the finest architectural marvels in the world....  Read more »

Tel Aviv-jaffa or Tel-Aviv-Yafo, like the other Levantine cities of Amman, Byblos, Damascus, Jericho, Jerusalem and Sidon, etc. is among the oldest inhabited regions in the world....  Read more »

Tel Aviv-jaffa, the financial capital of Israel, plays an important part in the global economic system. This commercial/economic importance, however, does not belittle the city’s significance as an international tourism destination....  Read more »

Jerusalem is Israel’s capital and one of the largest cities in terms of both area and population. Situated in the Judean Mountains, amidst the northern peak of the Dead Sea and the Mediterranean Sea, modern Jerusalem has developed outside the Old City.   This city is one of the oldest cities in the entire world since it holds a history, which dates back to the fourth millennium BC....  Read more »

The beautiful place of Jerusalem is the biggest city of Israel and possesses an interesting history that dates back to about 6000 years. Apart from being the largest city, Jerusalem is also popular for being the holiest city in Judaism. The city is not only considered by the Muslims to one of the holiest cities in the whole of Islam, it is an important place for the Christians as well....  Read more »