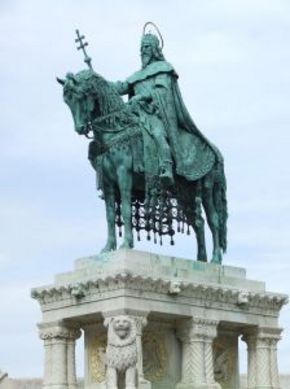 Travel Guides > Europe > Hungary Travel Guide
Hungary is located in the Central Europe at the border with Austria and Slovenia to the west, Romania to the east, Croatia and Serbia to the south and the Slovak Republic and Ukraine to the north.

Its landscape is greatly varied and it includes only plains, hills, rivers and lakes, but it can pride itself of having the greatest lake in Central Europe: Lake Balaton just a few miles from Budapest. Another thing Hungary can pride itself with are the thermal waters that can be found in many places beginning with its capital Budapest where you can find luxurious thermal baths well known for their therapeutic properties.

They do not have beaches as they don’t have a seaside, but Hungarians have made the shores of Lake Balaton an alternative to the seaside and except the fact that the water is not salty and there are no big waves you can really feel like you are at the seaside.

The area known as Nagyalföld, or The Great Plain is a land that is not earth but sand, another thing that compensates the seaside.

Visitors come to Hungary all year round but the perfect time to visit is in summer when you can enjoy outdoor swimming pools and swimming in the lake or other water sports. As there are no mountains skiing is not an option. The thermal spas are opened though in winter too as there are covered swimming pools in all the major locations where there are outdoor ones.

Hungary is also known for its wines, paprika, and spicy food making the Hungarian cuisine one of the most appreciated.

History and traditions are also among the attractions and cities like Budapest, Eger, Szentendre, and Sopron are very popular historic centers.

Eger is where you can taste the famous “Bikaver“, that is Bull’s Blood Wine in translation, a very popular wine appreciated for its texture, color and taste and it is still here that you can visit Eger Cathedral, a beautiful example of Baroque architecture.

If you have never visited Hungary before, start with its capital city and you will be impressed just as many writers, poets and artists were. Budapest is the cultural, historical and financial center of the country, a beautiful city with the Danube slicing through and dividing it in 2 major parts Buda and Pest. Buda is the older part and Pest is the new one. The old and new, present and past are linked by many beautiful bridges.

The fact that the country was part of the eastern block would make one think there’s not much to see and do around, but Hungary is a more developed country than its fellow former communist neighbors and even under the communist regime it had an occidental feel. It is a country that makes the transition between east and west, it is neither occidental nor eastern, but the tendency, after it entered the EU is to be more and more to the standards required by the Union.

Tourism has developed a lot too and there are more and more people who speak English in this field, so no worries if you don’t speak the language. Furthermore, German is largely spoken due to the vicinity to Austria and indeed lots of Germans, Austrians and even Dutch visit the country every year so in the larger touristic places, there are signs in German too.

Traveling around the country is easy and the railway and bus system are competent and reliable and also clean.

Accommodation comes in every form and price, you can find high class hotels, but also cheap hostels all you need to do is decide on how much you want to pay.

Keszthely is a beautiful provincial city located in western Hungary on the shores of Balaton Lake not very far from Budapest and Zagreb. The city is known for its opening to the waters of the largest lake in Hungary, for the Festetics Palace which belonged to a Hungarian count and for the oldest university in the country, the Faculty of Agriculture.  Read more »

Mostly known for the Royal Palace, a former summer residence of the Habsburg family, Godollo is a beautiful city with numerous cultural attractions.  Read more »

If you are planning a visit in Hungary, Eger is definitely among the first places you must see. This charming city in the neighborhood of the Mátra Mountains, in the north of the country, has such a rich historical past - reflected beautifully in the city’s façade – that you cannot say you know much about Hungarian culture without visiting Eger. ...  Read more »

The city of the artists, the city with a Mediterranean atmosphere, and the Szentendre Island are just a few things that can help you create an image of the captivating Szentendre.  Read more »

One of the most charming cities in Hungary, Eger, situated in the north of the country, east of the Mátra Mountains, is definitely a foremost tourist destination. Its location, its famous castle, a rich variety of fine monuments and historical buildings, luring thermal baths and reputed wine culture, are all part of the special atmosphere that welcome visitors arriving to Eger. ...  Read more »