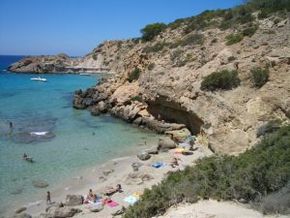 French Polynesia is an archipelago scattered in the middle of the Pacific Ocean. The islands from a distinct country, but as its name says, it is an overseas territory of France. French Polynesia is not a very well-known name, however, Tahiti, its largest island, has become a household name among travelers.

French Polynesia conjures up images of silky white beaches, palm trees and pina coladas, but these islands are far more than mere luxury honeymoon destinations. While Tahiti is a tourist paradise dotted with resorts and restaurants, the more remote, less visited islands hide a fascinating culture that has remained unchanged for centuries. If you need a break from the busy, crowded civilized world, take a break on a peaceful French Polynesian island far from the madding crowd. This French Polynesia Travel Guide will give you an outline of the landscape, culture and people of this fascinating archipelago.

Tuamotu Islands are one of the most spectacular places on earth, with their white beaches surrounded by exquisite coral reefs. The islands are known for producing rare black pearls, and they are less crowded by tourists than Society Islands or Bora-Bora. If you really want to stray off the beaten track, visit the Austral Islands, barely inhabited volcanic islands, where you can encounter the genuine, untainted Polynesian culture. Ironically, the main island of the archipelago Tahiti is seldom found on the classic tourist trails, as many people prefer the luxurious - and more expensive – tropical paradises of Bora Bora and Mo’orea. In Papeete, the capital, you can find both bustling nightclubs, cinemas, restaurants and a well-preserved colonial charm.

French is the official language of French Polynesia, but most of the inhabitants are bilingual and they speak Tahitian or another Polynesian language. It might be useful to pick up some common phrases, but if you speak French or English, you won’t have any trouble communicating with the locals. The most endearing feature of the Polynesian people is their unique life philosophy, “aita pea pea”, meaning no worries. Visitors receive a warm welcome even in the remotest little village, and the locals will be happy to teach you their customs and traditions.

While in French Polynesia, you should absolutely try some of the local dishes. This French Polynesia Travel Guide recommends the Tahitian tuna cakes with ginger dressing and the “poulet avec des limettes”.

Things about French Polynesia you may be interested in

Papeete is the capital city of the Tahitian territory of French Micronesia, so Papeete nightlife is typical of the area in its colors and flavors, its availability and rhythm. The local Tahitians blend with the Chinese and Polynesians and make up the local crowds, while French citizens along with Australians and Americans blend with each other and form another crowd, the tourists....  Read more »

So, you are planning to spend these vacations with your family and friends? Confused about where to go? Look no more and pack your bags to visit the beautiful and marvellous capital of the French Polynesia, Papeete. This amazing capital is also famous for being the most crucial urban centre in French Polynesia....  Read more »