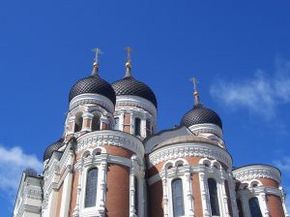 Europe’s best-kept secret, the Republic of Estonia is the smallest country of the Baltic states in the north-west of the continent. Estonia has blossomed into a perfect destination for curious visitors from all over the world since it widely opened its borders after regaining independence. Since becoming a member of the EU, the Baltic country of Estonia is associated with a joyous destination for a perfect vacation. Magnificent castles, mysterious marshlands, picturesque countryside, pristine islands, crystalline lakes, bustling towns and a cosmopolitan capital city, Tallinn, are all waiting to be explored and discovered in their own beauty.

Estonia is located on the eastern shores of the Baltic Sea, between Latvia and Russia, across the Gulf of Finland, so it has a long coastline of about 3,794 km marked by plenty of inlets, bays and a number of 1,520 islands. The Estonian terrain consists of marshy lowlands. It is quite flat in the north and hilly in the south. The highest point is the Suur Munamägi at 318 meters high.

The most advisable time to visit Estonia is during summer. Its maritime and continental climate divides the year into four seasons, with warm summers and rough winters. The summer average temperature is about 30 degrees Celsius. Summer days are long, but winter daylight may last only six hours. The cold winters bring little snowfall but snow stays though on the ground from December to March. Summers are quite rich in unpredictable rainfalls. Because of its location by the Baltic Sea, humidity and sea breezes are constantly present along the seashore.

Estonian towns range in size from Tallinn, the capital city, of about 400,000 inhabitants to Ruhnu with no more than 60 permanent inhabitants. In case of Ruhnu, the low population presence is easily explained by the fact that its inhabitants were preponderant Swedish and, while during the Soviet occupation, they moved to Sweden.

Ruhnu Island welcomes its visitors every summer. A ferry service is available for getting to the island. A tower lighthouse, designed by the famous Gustave Eiffel, stands on top of the Haubjerre Hill and one of the oldest wooden churches ever built in Estonia still holds its Lutheran religious services. Limo beach expects its tourists as being the most popular on the island.

Along its past time, Estonia has been occupied by different conquerors such as Germans, Danes, Swedes and Russians. They built a lot of castles, manors and fortified estates, many of which have been well restored in the past years. The diversity of historical castles and manors is rather large. Fortresses and castles from the 12th to the16th centuries, manors and palaces from the 17th to the 19th centuries and estate buildings from early 20th century rise everywhere, combining the architectural styles of the time with the rural type of Estonian design. For instance, Kuressaare Castle, which is an impressive Bishop’s fortress, Haapsalu Castle, Castle Glehn, Pädaste Manor in Muhu Island and many other imposing estates, and their surroundings as well, constitute a significant Estonian heritage and the best sights to be visited by all those from abroad who would like to interact with Estonian culture, customs and tradition.

If you are ready to experience a fabulous journey to mediaeval times, Estonia should be your final destination. Estonian castle and manor house hotels provide the best accommodation you have ever dreamt about. These architectural jewels spread all over Estonian landscape, mix their old-aged well restored appearance with modern facilities and accommodation as well. Kalvi Castle, rising itself on a high cliff on the northern coast, Palmse Park Hotel, located in the park of Palmse, Sagadi Manor, situated at the edge of Lahemaa National Park, Taagepera Castle, which lies on a hill in the picturesque Valgamaa landscape, or Oti Manor on the Saaremaa Island, are only a few from the large number of manor house hotels that are widely opened to host their visitors from all over the world, providing the best services you could imagine.

Tallinn, the capital city of the Republic of Estonia, is the largest town situated on the northern coast, along the Gulf of Finland. An important economical, political and cultural center, and seaport as well, Tallinn attracts its visitors with the two old towns, Toompea or Upper Town and All-Linn or Lower Town, offering mystical attractions such as the city walls and varied bastions and towers, impressive cathedrals, Castrum Danorum, old Royal Palace, which is now the House of the Parliament and many other legendary sights.

The Estonian kroon, subdivided into 100 senti, is the actual currency of Estonia. Current EEK exchange rates are to be found on media, internet or banks as well.

Being an important transit center since the mediaeval times, Estonia offers good opportunities for all kinds of transport: terrestrial, airy and maritime.

A mysterious land of unwritten mediaeval stories, a picturesque countryside and a fairy place in which history meets hospitality, Estonia is surely the perfect choice for a dreamy holiday destination.

Tallinn, one of the beautiful Baltic capitals, is a World Heritage Site and it has many tourist attractions that will satisfy anyone’s need for history, traditions and culture. Thousands of tourists, especially day-trippers from nearby Helsinki come to Tallinn to enjoy themselves....  Read more »

The capital of one of the most beautiful Baltic countries, Estonia, Tallinn is located 50 km from Helsinki. This opportune location, as well as the tourist attractions of the city, brings in millions of visitors every year. Despite its rich and tormented history, Tallinn is nowadays an amazing city that combines both the charm of the past and exciting modern elements....  Read more »

Tallinn, the capital of Estonia, is one of the oldest and most beautiful of the Baltic cities. It was declared a World Heritage Site several years ago, and its magnificently preserved medieval buildings attract many visitors....  Read more »

Tallinn is the capital of Estonia and lies on the south coast of the Gulf of Finland. The Toompea hill at the heart of city is filled with medieval alleyways and houses and covered with cobbled streets. The lower part of the town extends from the foot of this hill which is still protected through the city wall remnants....  Read more »